You are here: Home / Archives for Ellen Brown

Ellen Brown is an attorney, founder of the Public Banking Institute, and author of twelve books including the best-selling "Web of Debt". Her latest book, "The Public Bank Solution", explores successful public banking models historically and globally. Her 300+ blog articles are at EllenBrown.com. 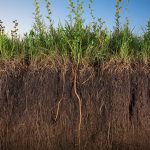 The Green New Deal resolution that was introduced into the U.S. House of Representatives in February hit a wall in the Senate, where it was called unrealistic and unaffordable. In a Washington Post article titled “The Green New Deal Sets Us Up for Failure. We Need a Better Approach,” former Colorado governor and Democratic presidential […]