You are here: Home / Archives for Democracy 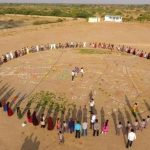 Not so long ago, Dalit women farmers in Telangana used to face hunger and deprivation. Today, they have contributed foodgrains for pandemic relief. Farmers on the Tamil Nadu-Karnataka border have been sending organic produce to Bengaluru even during the lockdown. And Adivasi villages in central India are using community funds to take care of migrant workers who have returned home. These inspiring stories show the potential of empowered rural communities to cope with crisis. And they expose the tragedy of […] 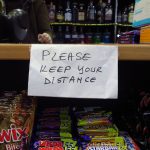 What an astonishing slap in humanity’s face, this coronavirus. But the silver lining is that it is also a rude wake up call. I say ‘silver lining’, for at the centre of this is a massive humanitarian crisis of illnesses and deaths –  and for working classes who cannot switch to ‘online’ work, whose workplaces are shut and who unlike their bosses do not have wealth to fall back on. The COVID-19 pandemic has generated historically unprecedented global action, partly […] 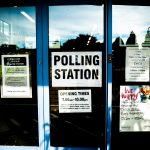 The Iowa caucus affair last night was a masterclass in hyperreality. The relevant facts are as follows. It was the long-anticipated kickoff to the primary season in an ever-expanding election cycle that now seems more or less co-terminous with the president’s four-year term. Iowa has an outsized place in this process, as it traditionally holds the first-in-the-nation caucus. Last night, under intense media scrutiny and pressure for immediate results, a complex system buckled, a new app made everything worse, results […]