You are here: Home / Archives for Don Fitz

Don Fitz has taught Environmental Psychology at Washington University and Fontbonne University in St. Louis. He is on the Editorial Board of Green Social Thought, newsletter editor for the Green Party of St. Louis, and was the Missouri Green Party's 2016 candidate for Governor. 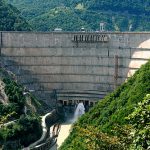 Hydroelectric power from dams might be the thorniest issue that proponents of the Green New Deal (GND) have to grapple with. Providing more energy than solar and wind combined, dams could well become the key backup “renewable” if it otherwise proves impossible to get off of fossil fuels fast enough. Rivers and lakes are an […] 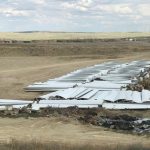 The fiftieth anniversary of the first Earth Day of 1970 will be in 2020. As environmentalism has gone mainstream during that half-century, it has forgotten its early focus and shifted toward green capitalism. Nowhere is this more apparent than abandonment of the slogan popular during the early Earth Days: “Reduce, Reuse, Recycle.” The unspoken motto […]