You are here: Home / Climate Change / Is Alternative Energy the Best Solution to Climate Catastrophe? 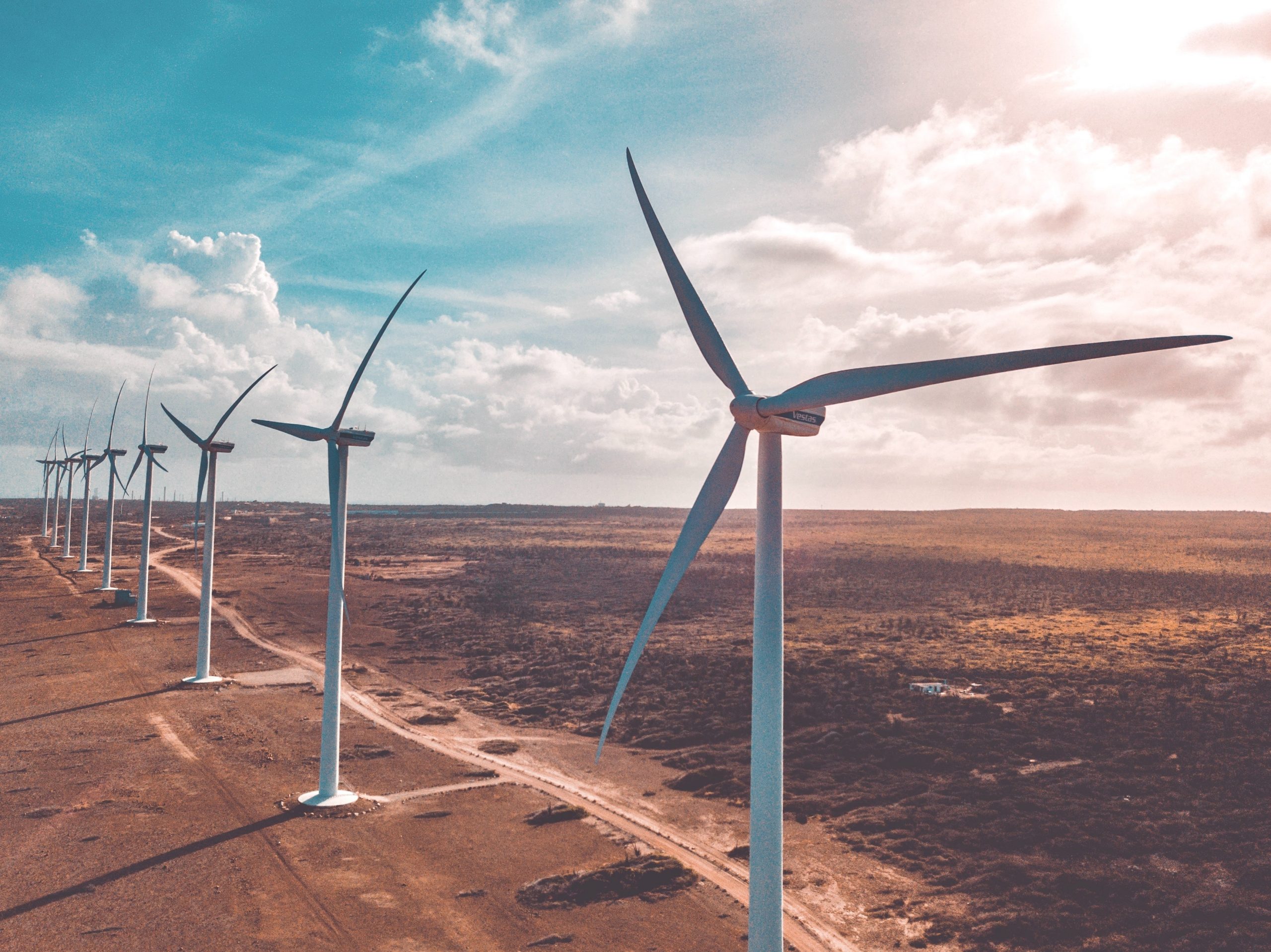 Environmentalists have known for decades that the “greenest” form of energy available is reduction of useless and harmful energy. Over 50 years ago, the first Earth Day embodied this with “Reduce; Reuse; Recycle.” Today, that seems to have been replaced with the slogan “Recycle; Occasionally Reuse; and, Never Utter ‘Reduce.’” Even mentioning the word “reduce” can be met with complaints that reduction means ‘austerity,’ as if any type of collective self-control would plunge the world into depths of suffering.

Unquestioning enthusiasm for “alternative energy” (AltE) can open the door for endless consumerism. It avoids the real problem, which is uncontrolled economic growth.

Overproduction for what purpose?

Acceptance of consumerism hides two important facts: first, that AltE creates its own negative outcomes; and second, that lowering the amount of harmful production could actually improve the quality of life. Simply decreasing the amount of toxic poisons required for overproduction would cut down on cancers, brain damage, birth defects and immune system disorders. No one would suffer from the massive toxins that would be eliminated by halting the manufacture of military armaments or disallowing the design of electrical devices to fall apart. Very few would be inconvenienced by discontinuing lines of luxury items which only the rich can afford to purchase.

Food illustrates of how lowering production has nothing to do with worsening our lives. Relying on food produced by local communities instead of food controlled by international corporations would mean eliminating the processing of food until it loses most nutritional value. It would mean knowing many of the farmers who grow our food instead of transporting it over 2,000 miles before it reaches those who eat it. It would cut out advertising hyper-sugarfied food to kids.

When I first began studying environmentalism over 30 years ago, I remember hearing that if a box of corn flakes costs $1, then 1¢ went to the farmer and $.99 went to the corporations responsible for processing the corn, packaging it, transporting the package and advertising it. Reduction does not mean “doing without” – it means getting rid of the excess.

Closely linked to food is health. My book, Cuban Health Care: The Ongoing Revolution, points out that Cuba has longer life expectancy and lower infant mortality than the US – even though Cuba spends, per capita, less than 10% of what the US spends on healthcare. Reducing energy devoted to healthcare does not mean less or worse care. It means getting rid of the gargantuan unnecessary and expensive components which currently engulf the health system.

Electric vehicles (EVs) embody collective environmental amnesia. Once upon a time, not too many decades ago, people wrote of walkable/bikeable communities and some even put their dreams to the test. Let’s not crush that dream. Since AltE has become so popular, the idea of redesigning urban space is being pushed aside so that every person can have at least one EV. Memory of environmental conservation has fallen into oblivion.

Despite the hype about AltE, use of energy is expanding, not contracting. In part, this is because of planned obsolescence: we are constantly told to buy the latest electronic gadget – and the time period between successive versions of gadgets gets shorter and shorter. The Bitcoin Ponzi scheme is another example of the expansion of energy in the service of uselessness. Jessica McKenzie describes a coal-burning power plant in Dresden, NY. The plant was shut down because the local community had no use for its energy. But Bitcoin needs energy to compute its complex algorithms. So, like Dracula, the coal plant rose from the dead, transformed into a gas-burning plant.

What, exactly, are politicians like Joe Biden, Alexandria Ocasio-Cortez, and even Bernie Sanders doing to put the breaks on this expansion of fossil fuels (FFs) in programs like the Green New Deal (GND)? Not as much as you might think. As Noam Chomsky points out in his forward to Stan Cox’s The Green New Deal and Beyond, “the GND does not challenge the fossil-fuel industry.” Congressional proposals leave out the most critical part of reducing FFs – limiting the total quantity that can be produced. Instead, they rely on the false assumption that increasing AltE will somehow cause a decrease in FF use. Without a cap on FF production, AltE simply adds to the energy mix.

Are problems with AltE “minimal?”

Despite stated goals to end FF production by such-and-such a date, the high heat they generate is essential for producing (1) silicon wafers for solar panels, (2) concrete and steel used in construction of windmills and dams, and (3) plastic coverings for industrial windmill blades. Every type of AltE requires FFs. Supporters of AltE often say that it is so much smaller as to pale by comparison to direct use of FFs.

Claiming that the amount of FFs used by AltE is trivial ignores both the quantities actually being used now and, most importantly, the uncontrollable corporate urge toward infinite growth. Hydro-power is currently the greatest source of AltE and is in line to expand most rapidly. Ben Gordesky describes research showing that “Canadian large-scale hydro projects have an ongoing carbon footprint that is approximately 40% that of electricity generated by burning natural gas. These emissions do not include the carbon footprint of dam construction.” This is not an insignificant amount, especially since hydro-power is expected to grow by at least 45% by 2040.

Estimates are that solar and wind have a carbon footprint of 4-8% of natural gas. For the sake of simpler arithmetic, let’s say that hydro, wind and solar average 12.5% of the carbon footprint of FFs (even though it is probably much higher). Then, let’s say that ‘healthy’ economies grow at least 3% annually, which means a doubling in size every 25 years. If AltE requires 12.5% of the equivalent FFs now, then,

To put it bluntly, reliance on AltE in no way eliminates FF usage – in only 75 years economic growth would return us to current FF levels.

But would we have to wait 75 years to see current levels of FF restored? For some parts of the economy, the answer is definitely “No.” As Stan Cox documents, “the huge increase in mines, smelters, factories and transportation required for this transition [to EVs] would continue heightened CO2 levels long before any emission savings would be realized.”

It might be theoretically possible to concentrate alternative energy to reach the extremely high temperatures necessary for production of wind turbines and silicon wafers for solar arrays. Relying on Cox’s calculations, expanding infrastructure to reach 100% AltE by 2030 “would require a 33-fold increase in industrial expansion, far more than has ever been achieved anywhere and would result in complete ecological devastation. One little fact regarding this quantity of build-up is that 100% RE would require more land space than used for all food production and living areas in the 48 contiguous states.”

Is it time to throw up our hands in despair that the only route to preserve humanity is a return to hunter/gatherer existence? Not really. Focusing on local, community-based energy can create sufficient production for human needs.

Many underestimate the ability of low-tech devices. When in high school during the 1960s, my science project was a solar oven that could cook via medium heat. When I returned from college a few years later, my mom intimated that my dad, an engineer, thought that a solar reflector device could not possibly generate much heat. So, one morning he used it as a greenhouse for his vegetable seedlings. When he returned later that day, the plants were fried.

Solar power does not need to be high-tech. Few techniques are more powerful at reducing energy than a passive house design or use of passive solar for existing homes. It is even possible to run a website via low tech solar without destroying farmland for gargantuan solar arrays.

The story of wind power is somewhat different. Kris De Decker is editor of Low-Tech Magazine, which catalogues a variety of ways to heat, cool and provide energy. His outstanding article, “How to make wind power sustainable again“, covers the sharp contrast between ancient wind mills vs. modern industrial wind turbines:

“For more than two thousand years, windmills were built from recyclable or reusable materials: wood, stone, brick, canvas, metal… It’s only since the arrival of plastic composite blades in the 1980s that wind power has become the source of a toxic waste product that ends up in landfills. New wood production technology and design makes it possible to build larger wind turbines almost entirely out of wood again… This would make the manufacturing of wind turbines largely independent of fossil fuels and mined materials.”

The corporate obsession with expanding production means more exploring, mining, transporting, using and disposing of energy infrastructure. For decades, this has been painfully obvious for FFs and nuclear power, resulting in opposition from affected communities. Just a very few examples include Ogoni opposition to pumping oil out of Nigeria’s ground; clashes over pipelines at Standing Rock; opposition to Narendra Modi’s plan to open 41 coal plants in India; rejection of fracking in Pennsylvania; demonstrations in Tokyo to remind us of Fukushima Daiichi; and struggles by “Solidarity Action for the 21 Villages” in Faléa, Mali against uranium mining for French nukes.

But opposition to AltE is also on the rise. There have been conflicts over massive solar arrays in Klickitat County, WA; a fight against industrial wind turbine projects by the Broome Tioga Green Party; reactions by the Lenca people to the planned Agua Zarca dam in Honduras; efforts to stop Lithium Americas’ open-pit mine at Thacker Pass; and widespread disapproval of child laborers dying in Democratic Republic of Congo cobalt mines.

In case you did not notice, the two key words common to all of these efforts is “Stop it!” A better life for all begins with rejecting limitless economic growth by developing technologies that minimize mining, processing, over-producing goods with short life-spans, and transporting products over long distances. Instead, we must develop locally-based products that have the least harmful effects.

One of the main problems with tunnel visioning on AltE is that the approach accepts and perpetuates the ideology of greed, which insists that everyone in the US (and, of course, the world) must adopt the consumerist life-style of the upper middle class.

People believe in preserving what they hold sacred. For most of us, this includes sacred places and beings, the inorganic world, creatures that sleep in water or on land, and human life.

Corporate profits should not be included among the things we hold sacred.

Don Fitz has taught Environmental Psychology at Washington University and Fontbonne University in St. Louis. He is on the Editorial Board of Green Social Thought, newsletter editor for the Green Party of St. Louis, and was the Missouri Green Party's 2016 candidate for Governor.