You are here: Home / Archives for corporations 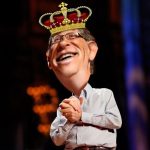 If Bill Gates has his way, the food in our future will little resemble what’s on our plates today. Gates and his agribusiness industry partners are proposing to transform our food and how it is produced. To the techno-food industrialists, hunger and climate change are problems to be solved with data and engineering. The core ingredients of their revolutionary plan: genetic engineering – and patenting – of everything from seeds and food animals, to microbes in the soil, to the […] 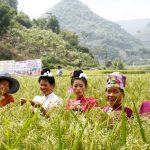 Peasant movements in Asia marked March 29 as the Day of the Landless. The day pays tribute to the founding of the Asia Peasant Coalition (APC). About 15-million strong, the APC was established in 2003 by more than 20 organizations from 11 countries representing farmers, landless peasants, fishers, agricultural workers, Dalits, indigenous peoples, herders and pastoralists, and rural women and youth. This year, the annual commemoration by peasant groups and advocates took cognizance of the upcoming Food Systems Summit (FSS) […] 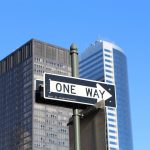 “There is absolutely no inevitability as long as there is a willingness to contemplate what is happening.” — Marshall McLuhan, The Medium is the Massage The relationship between technology and narrative is long-standing. Indeed, some have argued that it is at the heart of human civilization. It was once fashionable to characterize human beings as tool-using animals (although this turns out not to be the best way of getting at whatever might be distinctly human). It has also been suggested […] 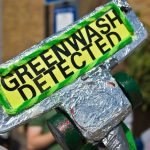 Corporations are, without a doubt, the number one obstacle to meaningful action on the climate crisis. These almighty actors have spent the past two decades undermining scientific consensus, blocking meaningful legislation and greenwashing their own responsibility. Even the last ditch Paris Agreement, with its lame voluntary commitment to keep the world to a still disastrous 1.5 degrees of warming, has done nothing to stop corporate greed from taking the planet to the brink. Since the signing of the Paris Agreement […] 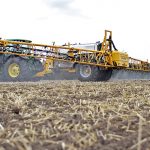 There’s one skill that Big Food and Big Ag corporations have in abundance: taking control of every situation and corrupting it into an opportunity for profit. For example, as consumer interest in the terms “natural” and “sustainable” increased, industrial agribusiness began to use these unsubstantiated terms to market greenwashed products. These products were, in fact, just the opposite – made with pesticide-laden, factory farmed, and/or genetically engineered ingredients. Even the powerful Organic movement, which actually is based on specific certifiable […] 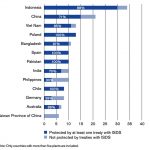 The chickens have come home to roost for Alberta Premier Jason Kenney. Kenney bet around $1.5 billion of public money on a very risky prospect – the highly controversial Keystone XL pipeline. U.S. President Joe Biden, to the surprise of no one but Kenney, followed through on an election promise and cancelled a key permit for the pipeline on the first day of his administration. Now the premier is scrambling for a way to recoup some of Alberta’s losses, and […] 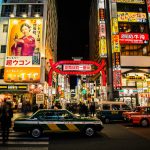 As the world has urbanized rapidly since 1950, per capita carbon footprint has declined, and so has carbon intensity in economic output, defined as the amount of energy used to produce a unit of economic growth.  But gross material throughputs and greenhouse gas production during this same period skyrocketed.  Global natural capital – fisheries, topsoil, freshwater supply, etc. –  has plummeted. This is because, as we pack into cities, we are consuming more materials as measured by absolute volume. The totality of […] 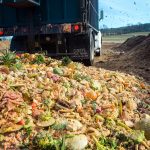 Earlier this year, Americans learned what it looks like when a food system reliant on industrial agriculture, near monopolies and exploited laborers breaks down. Just two months into the pandemic, the meat industry in the most powerful nation in the world was buckling. In March and April, COVID-19 swept through meatpacking plants, infecting thousands of workers. In Colorado, an outbreak at a huge JBS beef processing facility killed six workers. In South Dakota, as cases surged in a Smithfield pork […] 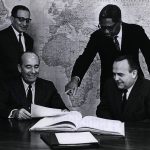 In October 2020, a group of 79 Kenyans filed a lawsuit in a UK court against one of the world’s largest plantation companies, Camelia Plc. They say the company is responsible for the killings, rapes and other abuses that its security guards have carried out against local villagers at its 20,000 hectare plantation, which produces avocados for European supermarkets. Such abuses are unfortunately all too routine on Africa’s industrial plantations. It has been this way since Europeans introduced monoculture plantations […] 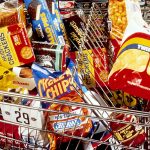 When I finished working on my book, “Formerly Known As Food: How the Industrial Food System is Changing Our Minds, Bodies, and Culture,” in 2018 — after 10 years of research and writing — I was certain of two things: First, our industrial food system is decimating our environment. Second, our nutrient-depleted, and chemically saturated processed food supply is changing our bodies from the inside out. It was also clear how these two issues are deeply linked: What we do […]