You are here: Home / Development / Land Grabbing and the Threat to Local Land Rights 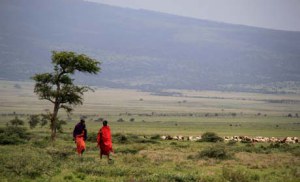 In recent years, foreign governments and multinational corporations have bought or leased huge tracts of sovereign land in the developing world, converting much of it to industrialized agriculture for export. This “land grabbing” – now widespread across Africa and Asia – is most common in nations with the least secure land tenure systems. Usually the land transfers involve land occupied by indigenous communities; often they are not legally registered as landholders and can be easily evicted. In terms of both ecological and cultural impacts, land grabbing has emerged as one of the most painful manifestations of the globalized economy in the 21st Century.

Land grabbing increased in 2008, when price shocks in the food market alerted the world to the finite limits of food production. From this came a rush to acquire farmland all over the globe and a dramatic increase in the value of arable land. “Land acquisitions,” as they are termed by their proponents, are the latest weapon in the arsenal of conventional development. Although it is claimed that they alleviate poverty and increase technological transfer, employment, and food security, the “grabs” have a range of other motives. Some are politically driven, some provide new markets for corporations, others provide food security for far-off nations. The “grabbers” range from elite businessmen to governments to multinational corporations and are not defined by any one particular demographic. Many organizations have attempted to estimate how many acres are involved, though there is no central registry and little transparency. The World Bank claimed 120 million acres were transferred in 2010, while Oxfam gave a figure of 560 million acres*.

In Tanzania, the wild Serengeti Desert, home to elephants, lions and a host of other magnificent wildlife, is being carved up as Middle Eastern businessmen purchase huge parcels of land for private hunting rights. The Serengeti is home to the pastoral Masai people, who are now restricted to smaller and smaller territories. As a result they are not only being criminalized for trespassing on their ancestral lands, they are accused of over-grazing and degrading ecosystems as their herds no longer have enough room to graze without impacting grasslands.

In nearby Ethiopia, the government of the Gambela region has enacted a “Villagization” program that promises new schools, wells, medical facilities, and general infrastructure to relocated communities. Unfortunately, these promises have rarely materialized and more often than not the “villagization” process has resembled the violent forcing of communities into state-designated camps, in a process that is clearing the way for foreign agribusiness. Those that stay put in their ancestral homes often find themselves surrounded by new plantations. Two concessions of 25,000 acres and 250,000 acres are currently under development by a Saudi oil billionaire and an Indian flower agribusiness for 60 and 50 years, respectively. The latter, Karuturi Global, is growing oil palm, corn, sorghum, rice, and sugarcane for export back to India, using a labor pool comprised primarily of Indians or Ethiopians from other regions. Karuturi Global pays a measly $2.50 per acre annually – little to none of which is seen by local residents. A few local tribespeople now work for the company, although this is usually because they were left with no choice, their own land having been taken or degraded. These tribespeople used to earn their livelihoods by hunting, fishing, and making honey. When the company began cutting down the forest the bees and the animals vanished; now that the company has started draining the wetlands, the fish will soon be gone too.

In Sri Lanka, instability has given land grabbers the advantage as the country transitions out of a bloody 30-year civil war. During the conflict, the Sinhala Buddhist government claimed several large pieces of land as High Security Zones (HSZ), conveniently located in Tamil territories. In these seizures, local families were evicted from their lands in the name of security. Now that the war is over, the validity of the HSZs has come into question, but instead of returning the land to its original tenders, the government is converting many of the HSZs into Economic Processing Zones and Special Economic Zones, commonly contracting them out to large Chinese and Vietnamese corporations. Meanwhile, hundreds of thousands of Sri Lankan Tamils are relegated to “displaced person camps” with little or no access to resources.

These are only a few of the heart-wrenching examples of land deals across the globe. Large-scale land transfers like these remove all human connection from land management. If the land grabbing trend continues, we could be witnessing the true end of the commons everywhere.

While proponents claim that these land acquisitions provide development to needy regions in the form of technology transfer and employment, these lofty claims require scrutiny. Is this kind of “employment” what is needed or desired among local people? How will technology transfer help them and what kind of technology is needed? In a region thriving on small-scale farming, are large tractors and bulldozers really of any benefit?

First and foremost, what local peo 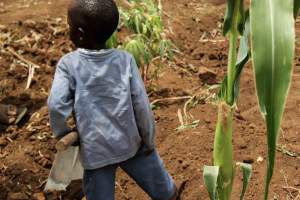 ple need to prosper are secure land rights. Then they can make choices about the technologies they want to adopt, and about how their land can be managed for the benefit of the local communities, economies and ecosystems. To this end, we need an international legal framework that restricts and regulates the ability of foreign businesses to acquire land. Regulations need to limit the size of land deals, ensuring accountability and justice for the communities and ecosystems impacted.

It speaks to the disconnection between governments and indigenous/rural peoples that the land grabbing trend continues to grow; and it speaks to the cruelty of a deregulated global economy that it allows massive industrialized food production for export from the lands of those who are already hungry. Land grabbing may seem a distant problem for those of us outside the regions where it is taking place, but we also have a role to play. Often we don’t know what we are supporting when we buy mass-produced products from global corporations. By keeping our purchases within our local communities, we are keeping our money where we can see it – supporting businesses and communities in our own backyard, rather than enabling corporations to steal someone else’s on the other side of the world. This kind of localization – at the policy and grassroots levels – empowers communities everywhere to defend their relationship to their land, and honors the deep connection and intimate dialogue between cultures and ecosystems.

Sophie Weiss is an intern with Local Futures. She graduated with a BA concentration in Geography/International Development Studies from Sarah Lawrence College. She is a printmaker, designer, and critical geography researcher, focusing on indigenous land rights and anti-land grab advocacy for the Oakland Institute, a policy think tank based in Oakland, California.