You are here: Home / Indigenous worldview / What Indigenous Wisdom Can Teach Us About Economics 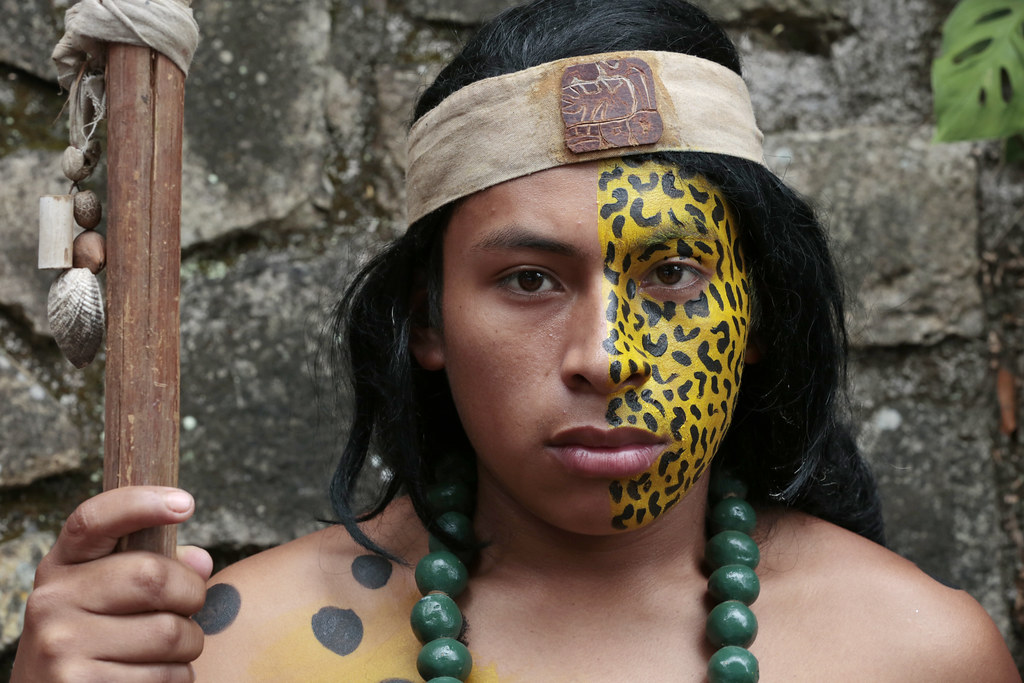 The crises of the modern world verify what indigenous cultures have always known: that all phenomena are inextricably interconnected. As the Amazon – one of the most vital organs of the Earth – is razed to fuel the global economy, a virus borne of disrupted ecosystems assaults the lungs of human beings. And as economic policies are enacted in Washington, Brussels or Beijing, people are uprooted and ecosystems destroyed thousands of miles away.

Over the past forty years, awareness of our interdependence with the natural world has steadily seeped into the dominant cultural narrative, and with it has come a greater appreciation for non-Western cultures and Indigenous peoples. In virtually every sphere, ecological and socially conscious initiatives have sprouted from the grassroots. From ecopsychology to ecological architecture, from human rights campaigns to support for the underprivileged, people have demonstrated their desire to develop kinder, gentler, more sustainable ways of living.

However, in this same period, the global economy – initially propelled by colonialism, slavery and racist genocide – has continued on the same trajectory. Just as colonization accumulated wealth primarily for global traders, the relentless globalization of the economy is serving an ever-smaller handful of multinational corporations and banks. Under the seductive guise of ‘progress’, this system continues to undermine land-based economies of interdependence, replacing them with anonymous and unaccountable global supply-chains.

As this system rapaciously invades Amazonia, the resulting humanitarian and ecological tragedy ripples out across the globe. With the rainforest giving way to industrial agriculture and desertification, massive amounts of carbon are being released and the global hydrological cycle is breaking down. As Yanomami leader Davi Kopenawa memorably puts it: “There is only one sky and we must take care of it, for if it becomes sick, everything will come to an end.”

This message has not yet reached our political leaders. Instead some are becoming demagogues spouting fairy-tales of endless economic growth. Their message is “your job depends on growing the economy, and we will do whatever is necessary to make that happen.”

This can be appealing to the expanding ranks of people made economically insecure and left psychologically insecure by the omnipotent propaganda for consumerism. Frustrated and confused, many have become vulnerable to the xenophobic rhetoric of those who point the finger of blame toward “greenies”, leftists, immigrants, black and people-of-color and any cultural ‘other’ rather than the out-of-control economic casino in the hands of the power elite. In their framing, bulldozing the Amazon for its resources becomes a reasonable price for our economic survival.

Heads of state and business elites on both left and right have remained blind to the social and ecological effects of the global economy. As the system has expanded across the entire world, and as econometric thinking has become more and more narrowly specialized, almost no-one has recognized the true costs of globalization.

The truth is that globalization doesn’t improve the lives of the majority — even in the short-term, let alone the long-term. Of all new income from global growth, only 5% actually goes to the poorest 60% of the global population. Look beneath the figures of GDP, and the situation is even more dire: thanks to the global economy, the majority of the world’s people have actually been made poorer in real terms.

In the less industrialized world, the process of “development” has pushed and pulled people out of self-reliant, community-based, local economic systems onto the lowest rung of a very unstable ladder. Generally, they become involved in producing for the global North, whether on monocultural plantations or in sweatshop factories. While they might be making a cash income of a few dollars a day, they are by and large experiencing greater deprivation than they did in their village economies.

Even in the so-called ‘rich’ countries, the middle classes have to compete ever more intensely and work ever longer hours just to stay afloat. All the while a propaganda industry pummels them with thousands of advertisements a day making them feel unworthy and perpetually desiring more.

How has this happened?

Over the past thirty-five years, in the name of globalization, “free trade” treaties have dramatically increased the power of multinational corporations and banks to take advantage of cheap labor and resources anywhere across the entire planet. The deregulation of these multinationals has worked to the disadvantage of job-rich, place-based businesses, because it has resulted in overregulation, over-taxation and unemployment at the local, regional and national levels. Global banks and corporations have become the most powerful entities on the planet, effectively giving national governments their marching orders.

To reverse these trends, we need to link hands with our Indigenous brothers and sisters to build up broad, peoples’ movements, united in their call for a renegotiation of trade treaties, this time with civil society at the table. We need to insist that governments stop using taxes, subsidies and regulations to favor high-tech, resource-intensive industries that concentrate wealth and power in the hands of global monopolies, and instead direct those supports towards more localized businesses.

Reaching out across the left-right divide is critical. The people who vote for Bolsonaro and Trump do so largely because of the cultural and economic marginalization imposed by economic globalization – a process that has reduced many once-cohesive communities into isolated backwaters plagued by depression, addiction and unemployment.

Now is the time to offer new political narratives – inspired by Indigenous ways of knowing, living and being – that speak to a flourishing of ecologically rooted communities and genuine prosperity. Now is the time for economic localization. It is the way human beings can become part of the Cure of the Earth, the Cura da Terra, as Indigenous peoples have been since time immemorial.

By strengthening local economies, we keep wealth circulating within the community where it boosts local businesses and jobs, instead of allowing it to be siphoned off to distant corporate bank accounts. By shortening the distances between producer and consumer, we prioritize diversified production for local needs rather than standardized commodities for export.

In this way, we move away from monoculture towards diversity on the land. This is essential for genuinely ecological stewardship, for restoration of the soil and for increased productivity. At the same time, we decrease our reliance on centralized, fossil fuel-dependent, automated systems, in favor of employing people and their diverse skills. And, most importantly, through economic localization we support long-term, intergenerational relationships and deep community ties – the cornerstones of psychological security and wellbeing, as traditional cultures have always known.

There are already countless grassroots localization projects, from Sao Paulo to Sydney, that are demonstrating the way forward. From farmers’ markets and consumer-producer co-operatives to local business alliances and community finance schemes, people are reweaving the fabric of local interdependence from the ground up. Out of common sense and heartfelt intuition, they are finding innovative ways to step out of the consumer rat-race to live local lives at a human pace and scale.

These projects demonstrate that, by scaling down and localizing economic activity, we can reduce our ecological impact, create more meaningful relationships and livelihoods, restore our relationship with nature and increase the accountability of business. We can re-embed ourselves in intimate connections with the complex, animate world around us – a process which not only leads to greater individual fulfillment and joy, but also informs wiser, more humble decision-making.

Just as Indigenous wisdom is rooted in a myriad of complex and reciprocal interactions with the community, the land and water, the animals and plants, localizing makes visible the threads of interdependence that hold the living world together.

This post originally appeared in Kosmos Journal for Global Transformation.

In Peru, ancestral values shine during COVID-19 crisis
COVID-19: an opportunity for localization