You are here: Home / Resistance and Renewal / Trump Trauma 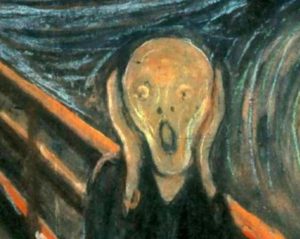 While we mourn the tragedy that fear, prejudice and ignorance “trumped” in the US Presidential election, now is the time to go deeper and broader with our work. There is a growing recognition that the scary situation we find ourselves in today has deep roots.

To better understand what happened—and why—we need to broaden our horizons. If we zoom out a bit, it becomes clear that Trump is not an isolated phenomenon; the forces that elected him are largely borne of rising economic insecurity and discontent with the political process. The resulting confusion and fear, unaddressed by mainstream media and politics, has been capitalized on by the far-right worldwide.

Almost everywhere in the world, unemployment is increasing, the gap between rich and poor is widening, environmental devastation is worsening, and a spiritual crisis—revealed in addiction, domestic assaults, and suicide—is deepening.

From a global perspective it becomes apparent that these many crises—to which the rise of right-wing sentiments is intimately connected—share a common root cause: a globalized economic system that is devastating not only ecosystems, but also the lives of hundreds of millions of people.

How did we end up in this situation?

Over the last three decades, governments have unquestioningly embraced “free trade” treaties that have allowed ever larger corporations to demand lower wages, fewer regulations, more tax breaks and more subsidies. These treaties enable corporations to move operations elsewhere or even to sue governments if their profit-oriented demands are not met. In the quest for “growth,” communities worldwide have had their local economies undermined and have been pulled into dependence on a volatile global economy over which they have no control.

Corporate rule is not only disenfranchising people worldwide, it is fueling climate change, destroying cultural and biological diversity, and replacing community with consumerism. These are undoubtedly scary times. Yet the very fact that the crises we face are linked can be the source of genuine empowerment. Once we understand the systemic nature of our problems, the path towards solving them—simultaneously—becomes clear.

Trade unions, environmentalists and human rights activists formed a powerful anti-trade treaty movement long before Trump came on the scene. And his policies already show that he is about strengthening corporate rule, rather than reversing it.

Re-regulating global businesses and banks is a prerequisite for genuine democracy and sustainability, for a future that is shaped not by distant financial markets but by society. By insisting that business be place-based or localized, we can start to bring the economy home.

Around the world, from the USA to India, from China to Australia, people are reweaving the social and economic fabric at the local level and are beginning to feel the profound environmental, economic, social and even spiritual benefits.  Local business alliances, local finance initiatives, locally-based education and energy schemes, and, most importantly, local food movements are springing up at an exponential rate.

As the scale and pace of economic activity are reduced, anonymity gives way to face-to-face relationships, and to a closer connection to Nature. Bonds of local interdependence are strengthened, and a secure sense of personal and cultural identity begins to flourish. All of these efforts are based on the principle of connection and the celebration of diversity, presenting a genuine systemic solution to our global crises as opposed to the fear-mongering and divisiveness of the dominant discourse in the media.

Moreover, localized economies boost employment not by increasing consumption, but by relying more on human labor and creativity and less on energy-intensive technological systems—thereby reducing resource use and pollution. By redistributing economic and political power from corporate monopolies to millions of small businesses, localization revitalizes the democratic process, re-rooting political power in community.

The far-reaching solution of a global to local shift can move us beyond the left-right political theater to link hands in a diverse and united people’s movement for secure, meaningful livelihoods and a healthy planet.

Image: “The Scream”, by Edvard Munch.

Will the Poor Always Be With Us?
Life in a ‘degrowth’ economy, and why you might actually enjoy it