You are here: Home / Free Trade and Globalization / Trump: the illusion of change 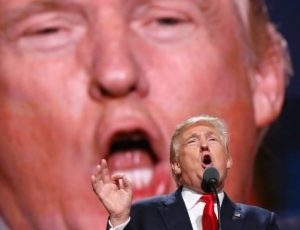 “Only by restoring the broken connections can we be healed.”
— Wendell Berry

Donald Trump’s candidacy – with its simplistic policy positions and its undercurrent of racism and sexism – left most of us believing he couldn’t possibly win. Now his victory is a visceral shock from which many have still not recovered.

To better understand what happened – and why – we need to broaden our horizons. If we zoom out a bit, it becomes clear that Trump is not an isolated phenomenon; the forces that put him in the White House have been growing throughout the Western world for some time. Earlier this year, the Brexit vote in the UK was also based on fear and narrow-minded nationalism, not on a sophisticated critique of EU economic policy. Right-wing extremism is on the rise in many other parts of the world – even in my native country of Sweden, where racism was all but absent during my younger years.

If we zoom out even further, a broader pattern emerges. Almost everywhere in the world, unemployment is increasing, the gap between rich and poor is widening, environmental devastation is worsening, and a spiritual crisis – revealed in substance abuse, domestic assaults, and teenage suicide – is deepening.

By looking from a global perspective it becomes apparent that these many crises – including the rise of right-wing sentiments – share a common root cause: an increasingly corporatized and globalized economic system that is devastating not only planetary ecosystems, but the lives of hundreds of millions of people.

Over the last three decades, governments have unquestioningly embraced “free trade” treaties that have enriched global corporations while impoverishing their own citizens. By allowing corporations to move unfettered around the globe in search of the lowest wages, these treaties have put workers throughout the industrialized world in competition with workers in the global South who will accept a fraction of a dollar per hour. This is not a contest that workers in the North can win. According to the Economic Policy Institute, the North American Free Trade Agreement (NAFTA) resulted in a net loss of 680,000 American jobs, and the Permanent Normal Trade Relations deal with China led to a net loss of another 2.7 million jobs. These job losses are a direct result of increasing global competition through corporate deregulation.

At the same time, the infiltration of big business throughout the global South – most often with the support of national governments and backed by international financial institutions – has eliminated many of the livelihoods that local economies in those countries once provided. With locally-adapted ways of life systematically undermined by economic policies geared towards the big and the global, millions of desperate people in the South find themselves with just two options: to accept minimal wages and appalling working conditions in industrial metropolises, or to migrate.  It is estimated that, as a direct result of heavily subsidized corn flooding the Mexican market under NAFTA, 2.4 million small farmers were displaced, and subsequently funneled into crowded urban centers or across the border to the US.

So the loss of jobs in the US and the migrant crisis in the South are two sides of the same coin. But instead of looking at the flawed rules of the global economy that are behind both problems, people have been encouraged to point the finger at the cultural “other”. As worldwide competition for increasingly scarce jobs has increased, so have divisiveness, fundamentalism and racism.

Until recently, corporate-funded media and think tanks have steered both grassroots activism and high-level policy-making away from consideration of the economic root cause of our social and ecological problems. The global economy was treated as “evolutionary” or inevitable, and the policies promoting it went unquestioned; the crises escalated, and the only ‘solution’ offered was to double down on more of the same: more economic growth, more development, more deregulation. As people’s lives and the natural world deteriorated, it’s no surprise that disenchantment with the political process became widespread.

Nonetheless, the trade treaties – notably the Trans-Pacific Partnership (TPP) – were a hot topic during the recent American elections. First and foremost, this represents an important victory for the people – for the grassroots – whose voice is finally being heard. While the mainstream media has propped up Donald Trump as the figurehead of opposition to the trade treaties, we need to keep in mind that the first cross-sector demonstration against the TPP in the United States was in June 2010 — five years before Trump announced his candidacy. Resistance to the trade treaties has come from diverse people’s movements from around the world, and is growing stronger day by day.

Corporate rule is not only impoverishing people worldwide, it is fuelling climate change, destroying diverse ecosystems and cultures, undermining community and accelerating the spread of consumerism. These are undoubtedly scary times. Yet the very fact that the seemingly distinct crises we face are linked can be the source of genuine empowerment. Once we understand the systemic nature of our problems, the path towards solving them – together, rather than one by one – becomes clear. And that’s why the anti- trade treaty movement has been dubbed “the movement of movements”. By targeting the trade treaties and campaigning for the reregulation of global businesses and banks, we not only resist the increasing corporatization of our planet, we can actively begin to reverse the negative effects of economic globalization in our own communities. We can start to bring the economy home – to localize – by reweaving the social and economic fabric at the local level.

In many areas of the world, from the USA to India, from China to Australia, people are beginning to do just that: they are forming local business alliances, starting local finance initiatives, exploring locally-based education and energy schemes, and, most centrally, building a local food movement. All of these efforts are based on the principle of connection and the celebration of diversity.

In communities around the world, the profound environmental, economic, social and even spiritual benefits of reconnecting locally are becoming clear for all to see. As the scale and pace of economic activity are reduced, anonymity gives way to face-to-face relationships, and to a closer connection to Nature. The bonds of local interdependence are strengthened, and a more secure sense of personal and cultural identity begins to flourish. People feel connected to others, rather than in competition with them.

At the same time, localized economies are good for the environment: they increase the number of jobs not by increasing consumption, but by relying more on human labor and creativity and less on energy-intensive technological systems – thereby reducing resource use and pollution. And shifting from global to local promotes “re-wilding” and the restoration of biodiversity.

By spreading economic and political power among millions of individuals and small businesses – rather than in a handful of corporate monopolies – localization also has the potential to revitalize the democratic process. Political power is no longer some distant impersonal force, but is instead rooted in community.

Localization is sometimes painted as élitist – another plum for the already privileged peoples of the global North, but offering little for the less prosperous South. Nothing could be further from the truth. In fact, it is only by weaning themselves from dependence on an exploitative global market while increasing national and regional self-reliance that countries in the global South will be able to find lasting prosperity.

Moving towards the local requires more than simply working on the ground within our own communities: we also need to do the hard work of pushing for change at the national and global levels. Treaties need to be re-written, regulations amended, taxes and subsidies reassigned, environmental and human rights strengthened. Unlike the narrow isolationism sought by Donald Trump, opposition to globalization requires cross-border cooperation, while revitalizing local economies demands collaboration and a willingness to learn from others.

The American people have made it perfectly clear that they want fundamental change. Trump may offer the illusion of such change, but little more. Our task now is to show that there is a genuinely different way: a path towards wholeness and sanity. The rapidly-growing localization movement is an unstoppable force. It is still in its early days, but it is already providing hope and sustenance to millions of people around the world.

NOTE: For some figures and analysis on the concentration of corporate wealth and power under globalization, see https://economicfront.wordpress.com/2016/11/18/the-trump-victory/.

How Globalization Divides Us: Perspectives on Brexit from a Dual Citizen
Trump’s Populist Deceit