The third in our Planet Local series, this article is excerpted from Globalisation in India: Impacts and Alternatives by Ashish Kothari. Kothari will be speaking at the Economics of Happiness conference in Bangalore, India on March 15th. Readers can learn more about Kothari’s work by listening to the latest episode of Local Bites, ISEC’s podcast program. 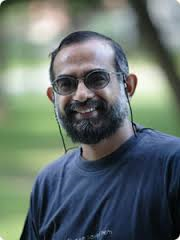 If the aim of human society is happiness, freedom, and prosperity, there are indeed many alternative ways to achieve this without endangering the earth and ourselves, and without leaving behind half or more of humanity. This applies to India as to any other country, though the specifics of the alternatives will vary greatly depending on ecological, cultural, economic, and political conditions.

Broadly, an alternative framework of human well-being could be called Radical Ecological Democracy (RED): a social, political and economic arrangement in which all citizens have the right and full opportunity to participate in decision-making, based on the twin principles of ecological sustainability and human equity. Ecological sustainability is the continuing integrity of the ecosystems and ecological functions on which all life depends, including the maintenance of biological diversity as the fulcrum of life. Human equity, is a mix of equality of opportunity, full access to decision-making forums for all (which would include the principles of decentralization and participation), equity in the distribution and enjoyment of the benefits of human endeavour (across class, caste, age, gender, race and other divisions), and cultural security.

Linked to these are some basic principles or values that need to be respected:

Principle 2: Equity and justice. Equitable access of all human beings, in current and future generations, to the conditions needed for human well-being – socio-cultural, economic, political, ecological, and in particular food, water, shelter, clothing, energy, healthy living, and satisfying social and cultural relations – without endangering any other person’s access; equity between humans and other elements of nature; and social, economic, and environmental justice for all.

Principle 3: Right to meaningful participation. The right of each person and community to meaningfully participate in crucial decisions affecting her/his/its life, and to the conditions that provide the ability for such participation, as part of a radical, participatory democracy.

Principle 4: Responsibility. The responsibility of each citizen and community to ensure meaningful decision-making that is based on the twin principles of ecological integrity and socio-economic equity, conditioned in the interim by a ‘common but differentiated responsibility’ in which those currently rich within the country take on a greater role and/or are incentivised or forced to give up their excessively consumptive lifestyles in order for the poor to have adequate levels of human security. This principle should also extend to the impact a country has on other countries, with a ‘do no harm’ component as a basic minimum component.

Principle 5: Diversity. Respect for the diversity of environments and ecologies, species and genes (wild and domesticated), cultures, ways of living, knowledge systems, values, economies and livelihoods, and polities (including those of indigenous peoples and local communities), in so far as they are in consonance with the principles of sustainability and equity.

Principle 6: Collective commons and solidarity. Collective and co-operative thinking and working founded on the socio-cultural, economic, and ecological commons, respecting both common custodianship and individual freedoms and innovations within such collectivities, with inter- personal and inter-community solidarity as a fulcrum.

Principle 7: Rights of nature. The right of nature and all its species, wild or domesticated, to survive and thrive in the conditions in which they have evolved, along with respect for the ‘community of life’ as a whole.

Principle 8: Resilience and adaptability. The ability of communities and humanity as a whole, to respond, adapt and sustain the resilience needed to maintain ecological sustainability and equity in the face of external and internal forces of change, including through respecting conditions, like diversity, enabling the resilience of nature.

Principle 9: Subsidiarity and ecoregionalism. Local rural and urban communities, small enough for all members to take part in face-to-face decision-making, as the fundamental unit of governance, linked with each other at bioregional, ecoregional and cultural levels into landscape/ seascape institutions that are answerable to these basic units.

Principle 10: Interconnectedness. The inextricable connections amongst various aspects of human civilisation, and therefore, amongst any set of ‘development’ or ‘well-being’ goals – environmental, economic, social, cultural, and political.

Taking the above principles together (and undoubtedly others that can be added), RED is a continuous and mutually respectful dialogue amongst human beings, and between humanity and the rest of nature. It is also not one solution or blueprint, but a great variety of them. These would include systems once considered valuable but now considered outdated and ‘primitive’: subsistence economies, barter, local haat- [traditional market] based trade, oral knowledge, work-leisure combines, the machine as a tool and not a master, local health traditions, handicrafts, learning through doing with parents and other elders, frowning upon profligacy and waste, and so on. This does not mean an unconditional acceptance of traditions — indeed there is much in traditional India that needs to be left behind — but rather a re-considered engagement with the past, the rediscovery of many valuable practices which seem to have been forgotten and building on the best of what traditions offer. This is not the kind of revivalism that India’s right-wing Hindu chauvinists talk about; traditions need to be rescued from those who use them in a bigoted way.

Read Part 2 next week on the Economics of Happiness blog.