You are here: Home / Localization / To Leave or Remain: Dichotomy or Distraction? 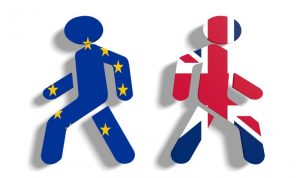 Ever since the Brexit referendum was first announced, we have been bombarded by an array of starkly contradictory pronouncements – from the Leave camp’s now infamous claim that withdrawal from the EU would release £350 million a week for the NHS to the former Chancellor George Osborne’s assertion that Brexit would leave the UK “permanently poorer”. At first glance, the two sides seem to have almost nothing in common; these are polar opposites. Dig beneath the surface, however, and a fundamental similarity is revealed: both Leave and Remain are under the spell of the global market and see trade-based economic growth as the panacea for all our problems.

When we step back to see the bigger picture, it becomes apparent that the ‘free market’, far from being a solution to the crises we face, is actually a primary cause of them: it is widening the gap between rich and poor; hollowing out our democratic institutions; spreading job insecurity; exponentially expanding the number of economic and political refugees; depleting natural resources; and haunting us with the looming spectre of climate chaos.

The global economy affects even our life purpose, our wellbeing. It undermines community and individual identity while at the same time dramatically increasing competition. No wonder we are seeing a worldwide epidemic of depression and a rising incidence of teen suicide.   And yet the economy’s central role in these unfolding tragedies goes largely unnoticed. Instead, we are encouraged to blame ourselves, to believe that we are solely responsible — as individuals and as communities — for our growing misfortunes.

There is, however, real cause for hope. Around the world, ‘new economy’ movements are mushrooming as people become aware that our multiple crises are in fact linked; they are not all independently arising, but are rather the inevitable consequence of the same growth-at-any-cost economic policies. Change those policies, and a process of healing can begin – from the planetary to the personal.

Simply put, we need to move from the global towards the local: taking economic power away from vast, unaccountable corporations and banks and handing it back to communities and nation states.  Moving in this direction would have profound and widespread benefits: not least serving as a bridge between left and right, urban and rural, North and South, and yes, Leave and Remain.

Many people think that globalisation is about international collaboration and the spread of humanitarian values. But at its heart it is an economic process — one that has been central to economic planning since the end of World War II. In the name of  ‘development’, or ‘progress’, governments of every political colour have used taxes, subsidies and regulations to support the large and global at the expense of the small and local.  Today, many global businesses and banks are more powerful than nation states — to the extent that key trade treaties now include so-called ‘investor state dispute settlement’ clauses, in which governments agree that corporations can sue them if health and environmental standards threaten their profits.

Increasingly distanced from the institutions which make decisions that affect their lives, and insecure about their economic livelihoods, people around the world are becoming frustrated, angry, and disillusioned. Because the bigger picture has remained largely hidden, few people blame the de facto government of deregulated banks and corporations; instead, they point the finger of blame elsewhere – at particular political parties, at immigrants, or at residents who are ethnically or racially different.  From this perspective, the false and often hateful claims of xenophobic movements can appear reasonable, thereby giving them an unmerited foothold in the political arena.

In order to reverse these disturbing political trends, we need to move beyond left /right, Brexit / Remain thinking, and build a movement for economic change. Instead of allowing businesses to shape our future, we need to shrink their power and mobility – to insist that they be registered in a particular place and accountable to democratically determined rules. In other words, business needs to be ‘place-based’, or ‘localised’.

Essentially, localisation is about reducing the scale of economic activity, about bringing the economy home. That doesn’t mean pulling up the drawbridge and retreating into isolationism. Nor does it mean an end to trade, even international trade. But it does mean a fundamental shift of emphasis: away from the current obsession with exports towards a more diversified economy geared instead to local needs. Shockingly, countries across the world today routinely import and export identical products in almost identical quantities: butter in, butter out; wheat in, wheat out; industrial waste in, industrial waste out.  In an era of human-induced climate chaos, the subsidies and other supports that purport to make such practices ‘efficient’ and ‘profitable’ are little short of immoral, and need to be reversed.

The ecological argument for localisation is unassailable. But its logic doesn’t stop there. Among other things, localisation allows us to live more ethically as citizens and consumers.  In the global economy, it’s as though our arms have grown so long that we can no longer see what our hands are doing.  By contrast, when the economy operates on a smaller scale, everything is necessarily more transparent.  We can see if the apples we are buying from the neighbouring farm are being sprayed with pesticides; we can see if workers’ rights are being abused.

However, the huge corporations that profit from the current system wield immense power, and will use that power to prevent fundamental change. So how can a global-to-local shift happen? As the Brexit negotiations have made clear, it can be exceedingly difficult for a single country to disentangle itself from the established global economic order. The key is to pressure governments to join a ‘breakaway’ strategy, in which a group of nations collaborate to forge new trade treaties that limit the import of goods that could be produced locally. This collaborative approach would allow countries to protect jobs and local resources from the disruptive impact of international finance and transnational corporations.

At the grassroots, we can already catch glimpses of localisation in action.  Across the world, literally millions of initiatives are springing up—often in isolation one from another, but sharing the same underlying principles. The most important of these initiatives relate to agriculture—important since food is the only thing humans produce that we all require several times a day.  From farmers’ markets to community supported agriculture, from ‘edible schoolyards’ to permaculture, a local food movement is sweeping the planet.

We are also seeing the emergence of small business alliances, local banking and investment programmes and local energy schemes.  The Transition Network has captured the imagination of people in both the global North and South.  So too the Global Ecovillage network. Thousands of communities are attempting to lower their carbon footprints.

Local economies not only help to ensure greater job security, they also provide the framework needed to support strong communities, which in turn support the health of the individual – psychologically and physically. I call it ‘the economics of happiness’.

Ultimately, localisation renews our connections — to one another and to the living world around us. It satisfies our deep longing for purpose, belonging and a secure future for ourselves and our children.

Leave/Remain was always a false dichotomy.  The real choice is between a corporate economic system that systematically destroys livelihoods and undermines the environment and, on the other hand, a form of economic decentralisation that actively encourages both community and ecological renewal.  The British people weren’t offered that choice in the referendum. But it’s on offer out there in the real world.

Why Growth Can’t be Green
How Circular is the Circular Economy?