You are here: Home / Local energy / Thinking Outside the Grid 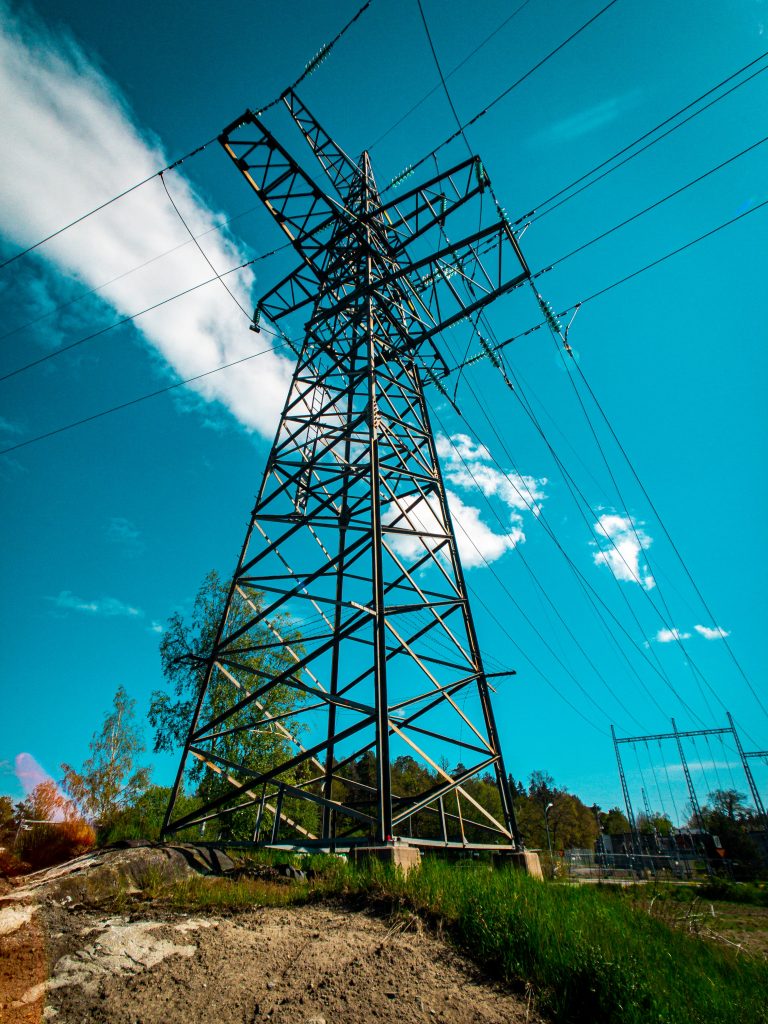 Thirty years ago, a friend of mine published a book called 50 Simple Things You Can Do to Save The Earth. It described the huge environmental benefits that would result if everyone made some simple adjustments to their way of life. Six hundred thousand gallons of gas could be saved every day, for example, if every commuter car carried just one more passenger; over 500,000 trees could be saved weekly if we all recycled our Sunday newspaper; and so on. The book was immensely popular at the time, at least partly because it was comforting to know we could “save the Earth” so easily.

Unfortunately, the projected benefits of these simple steps were actually insignificant compared to the scale of the problems they addressed. Saving 600,000 gallons of gasoline sounds impressive, but it’s only about 0.15% of the amount of fuel consumed in this country daily. Half a million trees every week sounds like a lot too, but the sad fact is that globally, about 35 acres of forest are being lost every minute despite all the newspapers that are now routinely recycled.

50 Simple Things is no longer in print, but the idea that our most urgent environmental problems can be solved by tinkering around the edges of modern life just won’t go away. In 2006, for example, Al Gore’s An Inconvenient Truth DVD included an insert with ten “Things To Do Now” to fight climate change: recycle more, inflate tires to the proper pressure, use less hot water, and other equally “simple things”. There are still dozens of websites offering similar tips: 50WaysToHelp.com, for example, has the usual fluff (“don’t waste napkins”) as well as some suggestions the 1990 book couldn’t foresee (“recycle your cellphone”, “use e-tickets”).

If there’s been much of a change in mainstream attitudes to our environmental crises, it’s that today’s “solutions” rely much more heavily on technology: electric cars and LED light bulbs, clean coal and genetically-engineered biofuels. What this means is that while individuals are still directed towards those same small steps, Big Business will be relied upon for the huge leaps. That’s the premise of IBM’s “Smarter Planet” initiative (a corporate campaign implying that our naturally dimwitted planet needs corporate help to avoid embarrassing gaffes like environmental breakdown). Thanks to digital technologies, IBM sees the Earth “becoming more intelligent before our eyes – from smarter power grids, to smarter food systems, smarter water, smarter healthcare and smarter traffic systems.”

At first glance, 50 Simple Things and the Smarter Planet initiative are very different, but they share a core assumption, which is that solving our myriad problems won’t require systemic change. Instead, it is assumed that modern industrial life can continue its upward and outward expansion forever – smartphones, superhighways, robotic vacuums and all – so long as the public focuses on “simple things” while allowing industry to do whatever might keep us one step ahead of resource depletion and ecological collapse.

This is a dubious strategy at best. Aside from what it means for climate chaos, it ensures that cultural and biological diversity will continue their downward spiral; that the gap between rich and poor will grow even wider; that the wealth and power of transnational corporations will continue to expand. (Needless to say, corporations won’t do anything to save the earth if it doesn’t add to their bottom line: making the planet more intelligent, for example, is “the overarching framework for IBM’s growth strategy.”)

In other words, what mainstream environmentalists like Al Gore and corporations like IBM are proposing is just more of the same. For many people this is actually comforting, because systemic change sounds frightening: they are accustomed to their way of life, and fundamental change can seem like stepping off a cliff. But done right, systemic change is something to look forward to, rather than fear. This has already been made abundantly clear by the local food movement, which aims at fundamentally changing the food system. Almost everywhere that local food initiatives have taken root, the result has been more vibrant communities, stronger local economies, better food and a healthier environment. Systemic change via localization simply extends the logic of local food to other basic needs.

Like electric power. Just as we can’t know what went into that industrially-grown tomato from Florida or apple from Chile, our continent-wide electric grid prevents us from really knowing the social and environmental costs of flipping on a light switch, using a hair dryer, or making toast in the morning. Did the power come from a nuclear power plant, a huge hydro project in Canada, or a coal-fired plant in the Midwest? Even if we are aware of the costs of these sources of power, few of those costs affect us immediately or directly.

If our electric needs were sourced locally or regionally, on the other hand, we’d have to balance our desire for power with costs that we and our neighbors largely bear ourselves. One can imagine lively debates in communities everywhere about what mix of local power sources – small-scale hydro, wind, biomass, solar – should be employed. Each of these has trade-offs that might be difficult to balance, but most of the costs and benefits would accrue to the same community. If the economic, ecological, and aesthetic costs were too high, many communities would find ways to limit their use of energy – for example by rejecting building permit applications for “McMansions” that use a disproportionate share of the common, limited energy supply.

Ultimately, a greater reliance on local power would eliminate one of the most destructive side-effects of the grid: the misperception that energy is limitless. Grid-connected life leaves us expecting that we should have as much power as we’re willing to pay for, 24/7, year in and year out. The angry reaction to PG&E’s power outages in California – intended to lower the risk of wildfires – shows how deeply this expectation has become embedded in the public’s consciousness.

Does California’s experience mean that people will never accept the limitations of decentralized renewable energy? I believe that such a shift would be far easier than many imagine, based on my own family’s experience of living off-the-grid for the past 20 years. (Off-grid life does not make us environmental heroes: I’m well aware that the PV system we rely on for power also has environmental costs, some quite heavy.) The point is only that our attitude towards energy now includes a healthy sense of limits, and that we have quite naturally adjusted our behavior as a result. If the sun hasn’t been out for a few days we probably can’t run the vacuum cleaner, and we’ll have to use a broom instead. If the sun hasn’t been out for a week, we’ll have to turn off the pump on our deep well, and use the gravity-fed spring instead – which means there won’t be enough pressure for showers. In the best of times we don’t use electricity to toast bread (anything that turns electricity into heat uses a lot of power); instead we only make toast in the winter, when it can be made on the top of our cookstove.

These and many other adjustments don’t feel like sacrifices: they’re simple and logical responses to the fact that our source of power is limited and variable. The fuels that power the grid are limited too (as resource depletion and global warming should make clear) but there’s no direct link between that fact and the day-to-day experience of grid-connected life.

As the planet heats up and critical resources run low, people will need to adapt in a number of ways. For those of us in the industrialized, over-developed world, one of the most important will be to replace our sense of entitlement with a sense of limits. Our high-consumption lifestyles will be difficult to disengage from – not because they are inescapable products of human nature, but because they are essential to the “growth strategies” of powerful big businesses. The irony is that scaled-down localized alternatives to the media- and advertising-saturated consumer culture would allow the majority to live fuller, richer, more meaningful lives. Nothing to fear, and much to gain.

Systemic change is on no one’s list of “simple things”: it will require hard work, creativity, and a willingness to stand up to powerful interests. The alternative is to assume that the best we can do is inflate our tires properly and screw in a new light bulb, while allowing the corporate world to continue its quest for limitless power and endless growth, all while destroying the only planet we have.