You are here: Home / Technology / The Gospel of Progress 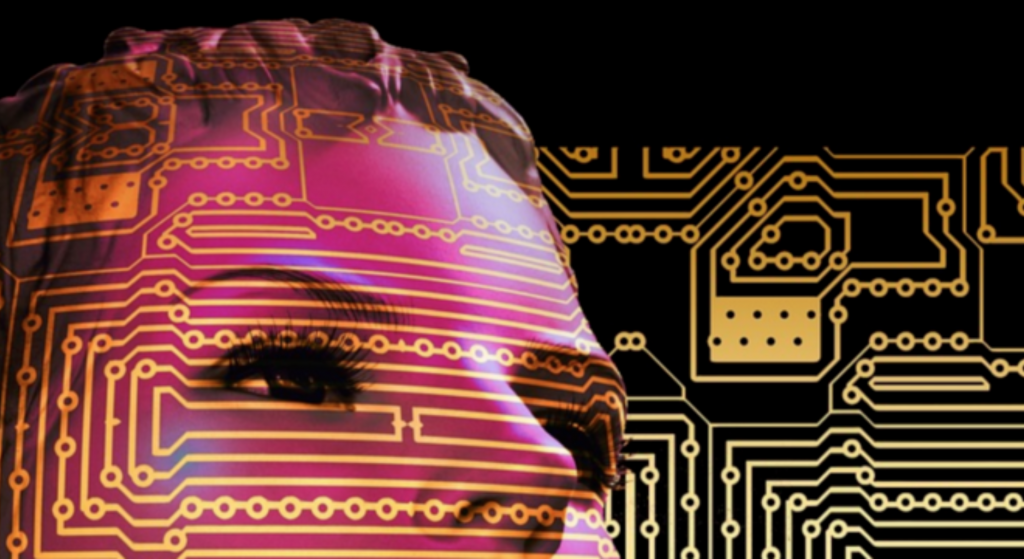 Ever since the archaic divergence of humanity from other hominids, our systems of tools and symbols have developed at an accelerating pace. We depend less and less on the physical capacities of our bodies. We operate more and more in the realm of information: data, words, numbers, and bits.

Quite naturally then, we have conceived an idea of progress that celebrates this development, and a destiny narrative that foresees its endless continuation. Its future is one where we integrate technology ever more fully into our bodies, until we become something more than just bodies. It is one where we immerse ourselves so fully in representation, that virtual reality becomes more compelling to us than material reality. The first is called transhumanism, the second is the Metaverse.

Here is a typical example of this vision, courtesy of The Guardian:

Ageing cured. Death conquered. Work ended. The human brain reverse-engineered by AI. Babies born outside of the womb. Virtual children, non-human partners. The future of humanity could be virtually unrecognisable by the end of the 21st century”

The title of the article is “Beyond our ‘ape-brained meat sacks’: can transhumanism save our species?” In it one can see a kind of anti-materialism, an ambition to transcend our biology, to transcend our very selves which are, the article suggests, little more than sacks of meat with a brain inside. We are destined for more, better. This anti-materialist prejudice also shows up in the aspiration to end work – to end the requirement that we use our physical bodies to move matter – as well as in the ultimate ambition, to triumph over death itself. We will have then indeed transcended biology, with its cycles, We will have transcended matter, with its impermanence.

That goal has always been implicit in the ideology known as progress. It equates the advancement of the human species with improvements in our ability to control nature and make its functions our own. When we replace the shovel with the bulldozer, that’s progress. It aspires to a Godlike estate of lordship over nature. Descartes, arguably the most important preceptor of modernity, put it famously in his declaration of human destiny: to become through science and technology the “lords and possessors of nature.” The passage following it prefigures the ambitions of The Guardian article quoted above. Descartes says,

And this is a result to be desired, not only in order to the invention of an infinity of arts, by which we might be enabled to enjoy without any trouble the fruits of the earth, and all its comforts, but also and especially for the preservation of health…. and that we could free ourselves from an infinity of maladies of body as well as of mind, and perhaps also even from the debility of age…”

Transhumanism is nothing new. It continues a prehistoric trend toward increasing dependency on, and integration with, technology. When we became dependent on fire, our jaw muscles shrank and our digestive enzymes changed. The subsequent development, hundreds of thousands of years later, of representational language transformed our very brains. The material technologies of domestication, pottery, metallurgy, and finally industry created a society wholly dependent on them. Visions of silicon-brain hybrids operating digital control centers, served physically in all respects by robots, living wholly in an artificial reality, represent merely the culmination of a trend, not any change in direction. Already and for a long time, humans have to some degree lived in a virtual reality – the reality of their concepts, stories, and labels. The Metaverse immerses us in it still further.

Since transhumanism represents progress, it is no wonder that progressives tend to support it. A key tenet of progressivism is to bring the benefits of progress to all, to distribute them more fairly and universally. Progressivism does not question its own foundations. Development is its religion. That is why the Gates Foundation devotes so much of its resources to bringing industrial agriculture, vaccines, and computers to the Third World. That’s progress. It is also progress to move life online (work, meetings, entertainment, education, dating, etc.) Perhaps that’s why Covid lockdown policies met so little resistance from progressives. By the same token, ready acceptance of vaccines makes sense if they too represent progress: the integration of technology into the body, the engineering of the immune system to improve upon nature.

What leftists seem not to notice is that these versions of progress also enable the encroachment of capitalism into more and more intimate territories. Do you think the immersive AR/VR experience of the Metaverse will be free of advertising, perhaps so subtly targeted as to be invisible? The closer our integration with technology in all aspects of life, the more life can become a consumer product.

Again this is nothing new. The Marxian crisis of capital (falling profit margins, falling real wages, evaporation of the middle class, proletarian immiseration – sound familiar?) has been forestalled only by the constant expansion of market economies through two main vehicles: colonialism and technology. Technology opens up new, high-profit domains of economic activity to keep capitalism running. It allows more of nature and human relationship to be converted into money. When we depend on technology for such things as clean drinking water, resistance to a disease, or interacting socially, then these things swell the realm of monetized goods and services. The economy grows, return on financial investment stays above zero, and capitalism continues to operate. My dear leftists – if ye indeed remain leftists (and not authoritarian corporatists; that is to say, crypto-fascists) – can you please reevaluate your political alliance with the ideology of progress and development?

The promoters of the transhumanist Metaverse describe it as not only good, but inevitable. It may seem so, given that it is an extension of an age-old trend. I hope though that by making its underlying myths and assumptions visible, we can exercise a conscious choice in embracing or refusing it. We need not continue down this road. Other paths fork out in front of us. Maybe they aren’t as well lit or obvious as the eight-lane superhighway toward transhumanist technotopia, but they are available. A portion of humanity at least can choose to depart this particular axis of development and turn toward another kind of progress, another kind of technology.

This is the first section of a seven-section essay, “Transhumanism and the Metaverse”.  The full essay can be found on Charles Eisenstein’s Substack page.

The food shortage solution in your backyard
Of George Monbiot, mathematical modernism and the case for agrarian localism

Charles Eisenstein is a speaker and writer focusing on themes of human culture and identity. He is the author of several books, including Sacred Economics and The More Beautiful World our Hearts Know is Possible.