Browse our online store with a collection of award-winning films, books, e-books and reports. Payment can be made by creditcard or PayPal. If you have any questions or are experiencing difficulties ordering, please contact us. By placing an order you will be supporting us in our work. 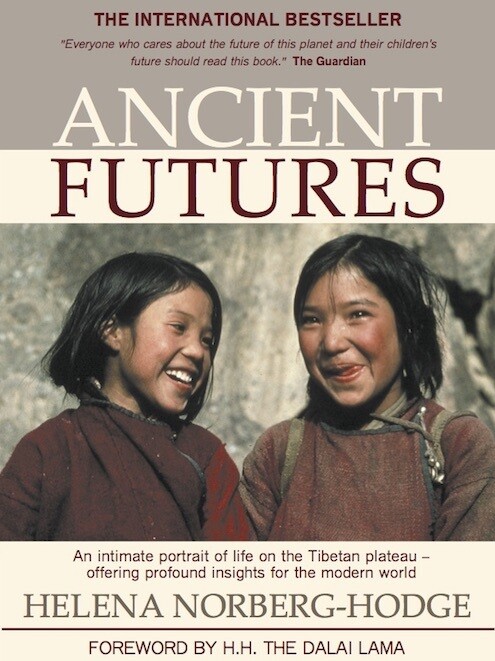 A moving portrait of tradition and change in Ladakh, or “Little Tibet,” Ancient Futures is also a scathing critique of the global economy and a rallying call for economic localization. When Helena Norberg-Hodge first arrived in Ladakh, she found a pristine environment and a people who exhibited remarkable vitality and joy. But then came economic growth and development. Over the last four decades, a whole range of problems—from polluted air and water to unemployment, religious conflict, eating disorders and youth suicide—have begun to appear for the first time.

Yet this is far from a story of despair. Social and environmental breakdown, Norberg-Hodge argues, is neither inevitable nor evolutionary, but the product of political and economic decisions—and those decisions can be changed. In a new Preface, she presents a kaleidoscope of projects around the world that are pointing the way to both human and ecological well-being. These initiatives are the manifestation of a rapidly growing localization movement, which works to rebuild place-based cultures—strengthening community and our connection with Nature.

Ancient Futures challenges us to redefine what a healthy society means and to find ways to carry centuries-old wisdom into our future. Along with a film of the same title, it has been translated into more than 40 languages.

Originally published in 1991, this 2016 edition contains a new preface by the author, as well as the original foreword by H.H. the Dalai Lama, and an afterword by Peter Matthiessen.

“Ancient Futures had a huge impact on the course of my life’s work. It shows us that another, better world is possible!”

Save this product for later
Display prices in: USD