You are here: Home / Climate Change / Step Aside Agribusiness: It’s Time for Real Solutions to the Climate Crisis 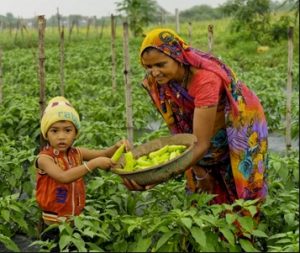 The recent UN Climate Action Summit was tricky for agribusiness CEOs. With forest fires raging in the Amazon, a damning new report about the food system by the International Panel on Climate Change (IPCC), and millions of young people out in streets clamoring to shut down fossil fuels and factory farming, it wasn’t easy for the world’s largest food and agribusiness companies to get away with another round of voluntary pledges to reduce their gigantic emissions.

At the last UN summit on climate, held five years ago in New York, agribusiness dazzled everyone with two initiatives on deforestation and agriculture, both of which are now in shambles.

Their initiative on deforestation, a New York Declaration on Forests, championed by the world’s largest buyer of palm oil, Unilever, was supposed to put a major dent in tropical deforestation. Instead, rates of tree cover loss have soared, the Amazon is in flames, and those trying to defend forests from agribusiness companies are being killed in record numbers. Now we are learning that the Brazilian Cerrado, a biodiversity hot spot on par with the Amazon and one of the main frontiers for agribusiness expansion, is also burning at a record rate. Agribusiness is responsible, but so are the big global financial firms that having been buying up vast swaths of Cerrado lands and converting them to mega-farms, such as the Swedish national pension fund, Blackstone and the Harvard University endowment.

The other initiative at the last summit, a Global Alliance for Climate Smart Agriculture, was the handiwork of Yara, the world’s top nitrogen fertilizer producer and one of the planet’s worst emitters of greenhouse gases. It was the fertilizer industry’s PR response to the growing movement for a real climate solution based on fertilizer-free agroecological farming. The trick worked, for a while. Global production of nitrogen fertilizer rose steadily over the next few years. But the most recent IPCC report pointed to nitrogen fertilizers as one of the most dangerous and underestimated contributors to the climate crisis, and new research is showing that the industry has vastly underestimated its own emissions.

Right now, climate activists are mobilizing in Germany for the first mass climate action against Yara and the fertilizer industry. They are targeting Yara because of its multi-million euro lobbying efforts to greenwash industrial agriculture, which they say is one of the main drivers of the climate breakdown.

The big meat and dairy companies are also in trouble. These companies, such as Tyson, Nestlé and Cargill, have emissions levels that approximate their counterparts in the fossil fuel industry. The top 20 meat and dairy companies emit more greenhouse gases than Germany, Europe’s biggest climate polluter. But none of these companies have credible action plans to reduce their emissions and only 4 of the top 35 companies are even reporting their emissions! Instead of taking meaningful action to cut back on production, several companies have been making a lot of noise about their minor investments in plant-based alternatives. People are not being fooled. On the eve of the September 20 global climate strike, more than 200 representatives of Indigenous Peoples, workers, academia, environmental and human rights groups adopted a landmark declaration that singled out the “fossil fuel industry and large-scale agribusiness” for “being at the core of the destruction of our climate”.

Big food and agribusiness companies are desperate to portray themselves as part of the solution. But there is no way to reconcile what’s needed to heal our planet with their unflinching commitment to growth. We cannot address the climate crisis if these companies are allowed to keep on sourcing, processing and selling ever more agricultural commodities, be it meat, milk, palm oil or soybeans. Their massive supply chains are what drives the food system’s catastrophic emissions—which the IPCC now says stands at up to 37% of global human-made GHG emissions.

Yet, if we look beyond the public relations of Big Food and Ag we will see that there are plenty of real solutions that can feed the planet perfectly well. All kinds of alternatives are flourishing, especially in the global South, where small farmers and local food systems still supply up to 80% of the food people eat. The industrial food system only exists today because of the support it gets from governments which march in lockstep with corporate lobbyists. Public subsidies, trade deals, tax breaks and corporate-friendly regulations are all designed to prop up the big food and agribusiness companies—and facilitate the growing criminalization of affected communities, land defenders and seed savers resisting these corporations on the ground. We urgently need to send agribusiness out of the room and demand that governments shift support to small food producers and local markets which would actually save us from planetary collapse.

What is ‘Energy Denial’?
The Real Economy