A 500-year-old economic and political system is dying. ‘Trump trauma’ is affecting people around the world, but the current climate (in every sense of the word) is not the result of one man alone. While we come to grips with that bigger picture, it’s worth asking: What gives us hope? What keeps our hearts beating, and gives us the spirit to keep the struggle for justice alive?

Moving from the personal, to the communal, to the political, this webinar explores the concept of ‘sacred activism’. Combining resistance with renewal, and structural critique with a celebration of life, sacred activism rejects the corporate message that we are greedy and aggressive by nature. It integrates politics, spirituality, and a deep-rooted sense of place into a holistic practice capable of bringing together indigenous peoples, traditional environmentalists, union organizers, New Age spiritualists, and ordinary citizens alike – as it did at Standing Rock, and as it continues to do in people’s movements around the world.

Delve into this exciting field with our speakers, Alnoor Ladha from The Rules and Helena Norberg-Hodge from Local Futures.

Resources to complement the webinar 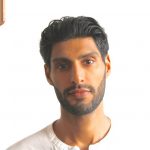 Alnoor Ladha’s work focuses on the intersection of political organizing, systems thinking, storytelling, technology and the decentralization of power. He is a founding member and the Executive Director of The Rules (/TR), a global network of activists, organizers, designers, coders, researchers, writers and others dedicated to changing the rules that create inequality and poverty around the world. Alnoor is a writer and speaker on new forms of activism, the structural causes of inequality, the link between climate change and capitalism, and the rise of the Global South as a powerful organizing force in the transition to a post-capitalist world. He is also writing a book about the intersection of mysticism and anarchism.

Helena Norberg-Hodge is a pioneer of the new economy movement and recipient of the Right Livelihood Award and the Goi Peace Prize. She is author of Ancient Futures, co-author of Bringing the Food Economy Home and From the Ground Up, and producer of the award-winning documentary The Economics of Happiness. She is the director of Local Futures and the International Alliance for Localization, and a founding member of the International Forum on Globalization and the Global Ecovillage Network.