Corporate control of the food economy has led to wasteful absurdities. Apples from New Zealand regularly appear on supermarket shelves in parts of Europe and North America where apples are grown anyway. In Mongolia – a country with 10 times as many milk-producing animals as people – shops carry more European dairy products than local ones. Approximately 75 percent of the world’s agricultural diversity has been lost in the last century.

From energy use to biodiversity to social justice – no matter the perspective, it’s clear that taking control of our food back from transnational corporations is essential if we really want to feed the world.

In this webinar, we tackled the subject of local food economies from an international perspective. Our presenters highlighted successful local food projects in the global North and South, and discussed how to localize all stages of the food supply chain – from farm to market to table. Joining us this month were Chris Sands of the grassroots town regeneration project Totally Locally, Marina O’Connell of the community farming and education initiative The Apricot Centre, and Local Futures Associate Director Anja Lyngbaek, whose work on food issues has spanned 30 years and several continents.

Chris Sands (UK) is the founder of Totally Locally, a grassroots, award-winning, free to use, open source Town Kit to help bring vitality to town centres. Totally Locally’s proven method is being used by towns across the UK, and now the world: from New Zealand to France, Austria to Australia. Totally Locally is not funded by any organisation, and is run purely as a labour of love by Chris and his fellow director Marc Briand.

Chris lives in a small village in West Yorkshire, and works from a Hebden Bridge office (which means he gets to ride his mountain bike to work most days!). He makes his living as a branding expert, specialising in education and in projects with a social impact. He has won numerous awards for his projects, and has spoken at events in the UK, France and Australia. Chris’ latest project, Watermark, is a direct response to the terrible flooding of 2015/16 in his local area, and has already created huge interest on a national level, with the Secretary of State for Environment calling it “a superb model for towns across the UK”.

In 2015 Chris was awarded an Honorary Doctorate from Staffordshire University for his work on the Totally Locally Town Kit. He spends a few months each year working on projects in the Barossa Valley, the wine growing region of South Australia, where his latest project ‘Extraordinary, Everyday Barossa’ has just been announced as a finalist in the Economic Development Australia Awards 2016. Chris also wrote and designed a successful photographic book, One More Hill, which explores his love of cycling, the area of the South Pennines (where he lives), and the people who ride bikes there. Chris is fascinated by the connection of people to place: his mantra is “Love where you live – you might just make it better!”. Read more at www.chrissands.co.uk. 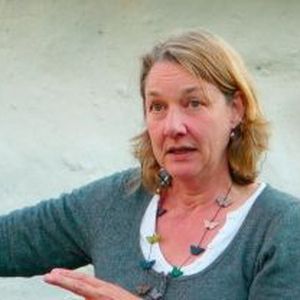 Marina O’Connell (UK) is director of The Apricot Centre, currently in the process of creating a new farm, Huxhams Cross, in Dartington, Devon. This farm will be part of a new learning campus for farming on the Dartington Hall Estate. It will interweave biodynamic practices and agroforestry and is designed using permaculture methodology. The farm was bought collectively 12 months ago by the Biodynamic Land Trust and is held in perpetuity for sustainable food production. The farm will host educational, recreational and therapeutic activities for children and perhaps the occasional adult.

Marina studied Horticulture at Bath University, then apprenticed herself with her family in the Netherlands and USA. Her first job was at Dartington Hall Trust in the late 80’s where she set up an organic market garden and trained people in horticulture. She then became a lecturer at Suffolk College of Agriculture, teaching sustainable agriculture and horticulture from FE to HE level. Marina trained in Permaculture, Biodynamic farming and Agroforesty and also studied Psychotherapy to help her facilitate her training work. She completed an MEnv at Essex University in 2004. Marina and her husband bought a small farm of 1.5 ha in Essex, and sell fruit in the Growing Communities Market in London most weeks. She built the current Apricot Centre on the farm 10 years ago. They have worked with numerous children as an educational and therapeutic resource, as well as in mainstream schools and the NHS. Two years ago they were invited to scale up their work to become the first tenants on the new farm in Dartington. 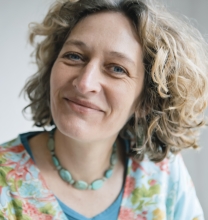 Anja Lyngbaek (Denmark) is the Associate Programs Director of Local Futures/ISEC. She holds a BSc in Rural Resource Management and an M.Phil. in Agroforestry from the University of Wales, Bangor. Anja has a special interest in organic food and farming and has worked on these issues for over 30 years in different parts of the world. In 2000, she helped start Local Futures/ISEC’s Local Food Program – the first of its kind in the UK. In Costa Rica, she worked with small organic coffee producers and made the first comprehensive study comparing the social, economic and ecological impacts of organic and conventional coffee production in Costa Rica.

For the past twelve years, Anja has worked in Mexico, where she co-founded a local NGO and runs courses and workshops on a wide range of issues.

Resources to complement the webinar

Designing a Permaculture/Biodynamic Farm From Scratch, by Marina O’Connell. March 21, 2016

Excerpt from Bringing the Food Economy Home, by Helena Norberg-Hodge and Steven Gorelick. May 13, 2010