For decades, governments and big business have negotiated trade treaties that have steadily shifted power from nation states to global corporations, decimating democracy, livelihoods and communities, while systemically increasing pollution and CO2 emissions.

But opposition is growing. People are waking up to the ‘free’ trade issue and the fact that it concerns us all. Wherever your focus lies – social justice, worker’s rights, climate change, food and farming, animal welfare, community health, environmental protection – it’s time to get trade literate and take part in the resistance against a destructive system that only benefits the 1%.

In our second webinar on ‘free’ trade, Karen Hansen-Kuhn, Director of Trade and Global Governance at the Institute for Agriculture and Trade Policy, and Local Futures’ Director Helena Norberg-Hodge review where things stand with the TTIP (Transatlantic Trade and Investment Partnership) and TPP (Transpacific Partnership). They also assess the threat that these and other ‘free’ trade treaties pose to localization, and food and farming in particular.

During the webinar we touch on a number of topics, including:

The threat to public procurement of local and regional products and services
i.e. public institutions right to choose local products and to support regional businesses and farmers, rather than multinationals

Corporate pressure to harmonize standards to the lowest common denominator
e.g. to allow for sales of GMOs, hormone beef and chlorine-rinsed chicken

The growing opposition to ‘free’ trade:
Cross-sector resistance and alliances on national and international levels

Strategies of resistance:
How can we become an active part of the movement against ‘free’ trade

Learn why resistance to free trade is the most important action we can take to achieve meaningful systemic change. 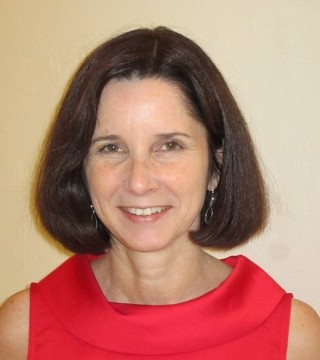 Karen Hansen-Kuhn (USA) is Director of Trade and Global Governance at the Institute for Agriculture and Trade Policy. She has been working on trade and economic justice since the beginning of the NAFTA debate, and has published articles on U.S. trade and agriculture policies, the impacts of U.S. biofuels policies on food security, and women and food crises. She first learned about the challenges facing farmers as a Peace Corps Volunteer in Paraguay, where she worked with a rural cooperative. She has been the international coordinator of the Alliance for Responsible Trade (ART), and policy director at the U.S. office of ActionAid, an international development organization. She holds a B.S. in International Business from the University of Colorado and a master’s degree in International Development from The American University.

Helena Norberg-Hodge (Australia) is the founder and director of Local Futures/ISEC. A pioneer of the ‘new economy’ movement, she has been promoting an economics of personal, social and ecological well-being for more than thirty years. She is the producer and co-director of the award-winning documentary The Economics of Happiness, and the author of Ancient Futures: Learning from Ladakh, described as “an inspirational classic”. She has given public lectures in seven languages, and has appeared in broadcast, print, and online media worldwide. She was honored with the Right Livelihood Award (or ‘Alternative Nobel Prize’) for her groundbreaking work in Ladakh, and recently received the Goi Peace Prize for contributing to “the revitalization of cultural and biological diversity, and the strengthening of local communities and economies worldwide.”

Listen to this short video with Karen Hansen-Kuhn: “My Big Concern for food & farming from an EU-US trade deal”

Five key takeaways from the TTIP leak for food and farming systems, May 25, 2016