When it comes to helping people and planet, the way we grow our food is important. But building a healthy “food web” — healthy connections between producers, retailers and consumers — is also key.

In today’s global economy, food can travel thousands of miles between the farm and the table. All of this travel leads to huge amounts of waste from packaging, refrigeration and transport. But corporate-friendly policies — like fossil fuel subsidies, tax incentives to trade, and lax environmental and labor regulations in countries considered “less developed” by Western standards — mean that big companies find the system profitable; and so, more often than not, butter made down the street is more expensive than butter made thousands of miles away.

In short, the whole system is rigged against the little guys. The people who run a few giant corporations benefit. Small producers, consumers, and the environment suﬀer. Communities break down as people no longer need to rely on face-to-face exchanges with their neighbors. But people have begun to come up with clever systems for strengthening local food webs, and giving small producers a chance. These films explain some of those systems — like CSAs, farmers markets, co-ops and more. 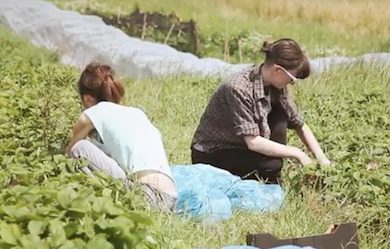 These two films tell the stories of a constellation of exciting initiatives all working together to support young farmers and strengthen food webs around Manchester, UK.

A member-owned food co-op supports local producers and brings high-quality food to a neighborhood in New Orleans, USA where poverty rates are high, and many of the residents have been designated food insecure.
(10.19 min) 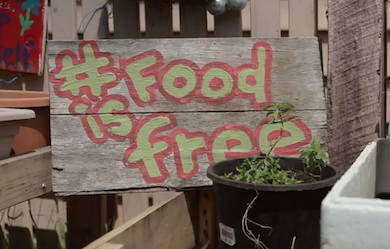 Local resident Lou Ridsdale starts a movement by adopting the #foodisfree system in her alleyway in Ballarat, Australia.
(4.00 min) 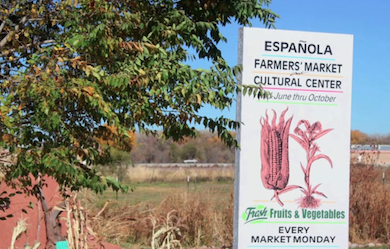 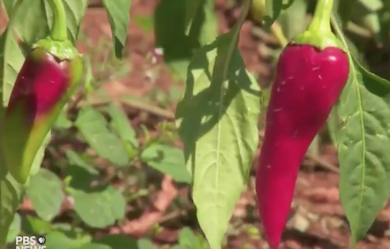 What Cuba Can Teach America About Organic Farming

This news segment tells the story of the Cuban farmers who came together to sustainably feed their country after they lost access to the chemicals and fossil fuels needed for industrial farming.
(6.14 min) 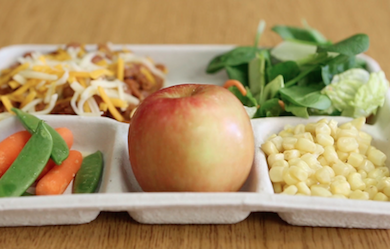 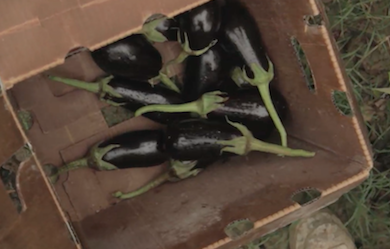 During a trip to Eastern Carolina Organics, Our Land TV learns how new distribution systems are being built today — even in regions, like the Southeastern USA, where finding a market for organic foods can be difficult.
(6.47 min)