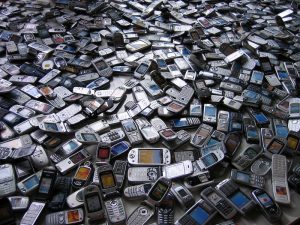 Stop Planned Obsolescence (or HOP, after their French name Halte à l’Obsolescence Programmée) is a French organization committed to “promoting alternative economic models around reuse, repair and recycling”. The group conducts public awareness campaigns and advocates for policy changes such as public funding for repair training programs. In 2018, HOP used France’s existing ban on planned obsolescence to file a legal complaint against Apple, Inc, for deliberately slowing down its devices to induce people to buy the latest models. It was a success: in February 2020, the French government fined Apple 25 million euros on the basis of HOP’s work. HOP has also taken legal action against printer manufacturers for deliberately shortening the life of print cartridges. Read more at www.halteobsolescence.org (website in French).

Loading Comments...
We use cookies to ensure that we give you the best experience on our website. If you continue to use this site we will assume that you are happy with it.Ok