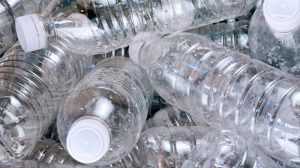 The Nilgiris district in India announced a far-ranging ban on plastic products, effective January 2018. The ban encompasses the usual suspects – Styrofoam, polypropylene (i.e. non-woven) bags, and single-use plates and cups, many of which have been banned since 2001 – but it goes the extra mile and also includes plastic gloves, silver foil covers, plastic and foil gift wrap, laminated brown paper, laminated bakery boxes, cling wrap, and all drinks in plastic bottles. 70 public water taps provide clean drinking water for all. Prior to the bans, plastic waste accumulation had become a huge problem in this hilly and popular tourist destination; their successes could be replicated in other regions (like Ladakh) which are struggling with the same problem. Read more about Nilgiris’ story in the Deccan Chronicle, the Times of India, and the Hindu Times.