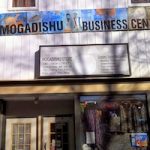 In opposition to a proposed highway through poor neighborhoods, residents of Lewiston, Maine instead developed a Peoples’ Downtown Master Plan that laid the groundwork for a renaissance of cooperative development and refugee solidarity. Today the city is home to a number of community organizations and cooperatives, including New Roots, Maine’s first immigrant-owned cooperative farm; the Healthy Neighborhoods Coalition, which promotes affordable housing and green space; the Good Food Council, which promotes healthy food systems; the Raise-Op Housing Cooperative; and six other cooperatives that provide childcare, herbal medicine, compost pickup, and food. Read the full story of Lewiston’s transformation here.

In 2005, in the face of rapidly increasing land values, urban sprawl, and farmland development pressures, the forward-thinking Mouans-Sartoux town council in France purchased an old farm estate that was slated for development, and has since designated over 100 hectares of land in the area as protected farmland. The municipality also set a goal that 100% of the food served to children in the region’s three public schools should be local and organic. By 2015 their municipally-run farm produced 85% of the organic vegetables used in local school meals. To learn more, visit the program’s website (in French) or read the relevant entries in these reports from Access to Land and the Transnational Institute. 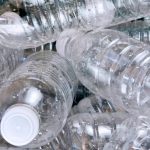 The Nilgiris district in India announced a far-ranging ban on plastic products, effective January 2018. The ban encompasses the usual suspects – Styrofoam, polypropylene (i.e. non-woven) bags, and single-use plates and cups, many of which have been banned since 2001 – but it goes the extra mile and also includes plastic gloves, silver foil covers, plastic and foil gift wrap, laminated brown paper, laminated bakery boxes, cling wrap,   and all drinks in plastic bottles. 70 public water taps provide clean drinking water for all. Prior to the bans, plastic waste accumulation had become a huge problem in this hilly and popular tourist destination; their successes could be replicated in other regions (like Ladakh) which are struggling with the same problem. Read more about Nilgiris’ story in the Deccan Chronicle, the Times of India, and the Hindu Times. 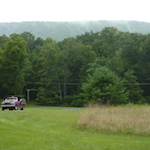 In July 2018, Todd Township in Huntingdon County, Pennsylvania adopted a Community Bill of Rights ordinance banning industrial agriculture. Under this law, all animals must be owned by local citizens and the majority of farm revenue must stay within the township. Residents, together with the Community Environmental Legal Defense Fund (CELDF), created the bill to protect the town’s water supply, environment, rural landscape, and family farming culture from corporate farms. See the CELDF press release for more information. 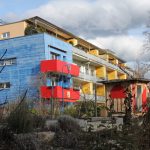 Vauban is a neighborhood in Freiburg, Germany, that is often cited as one of the best examples of sustainable urban living in the world. Built in the late 1990s on the site of an abandoned French military base, Vauban was envisioned from the beginning as a “sustainable model district.” Its construction involved a mixture of sustainable technology and common sense to serve the needs of both people and the planet. To learn more, visit The World’s Most Successful Model for Sustainable Urban Development? 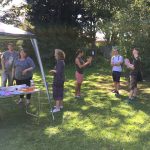 York Central Co-Owned (YoCo) is a grassroots regeneration project in York, UK that aims to create a thriving neighbourhood built around well-being, happiness, and a locally-rooted, ecological, fair and just economy.