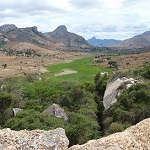 After learning that 95% of Madagascar’s ring-tailed lemurs had disappeared, the Anja Miray community in central Madagascar worked with the UNDP to establish a 30-hectare community-managed forest reserve. With revenue from ecotourism in the reserve, Anja Miray has constructed schools and paid teacher salaries, created aquaculture, fuel wood plantations, and other sustainable agriculture projects to diversify income streams, developed a job training program for community members with disabilities, and maintained a reserve fund for individual and community emergencies. Today, the Anja Community Reserve stands out as a successful model for villages throughout the country, is a vocal advocate for policies that grant communities the right to manage their own land – and is now home to the highest concentration of ring-tailed lemurs in Madagascar. Read more about Anja Miray’s activities on this archived page from the UNDP website and this case study from the Equator Initiative.

In November 2018, Baltimore, Maryland, became the first major US city to ban privatization of its municipal water and sewer systems. Citizens overwhelmingly voted to keep the systems under the control of the local government in perpetuity, to ensure that they remain accountable, transparent, open to input from residents, and free from the influence of corporate profit margins. Learn more in this article from Food and Water Watch. 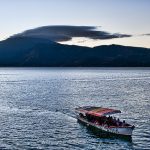 In March 2017, the national legislature of El Salvador voted unanimously to ban all metals mining– the first such ban ever enacted on the national level. The ban was implemented in response to grassroots and religious groups across the country forming a coalition to educate the public and policymakers about the hazardous impacts of mining on soil and water health. After “countless marches, protests, petitions, testimonies, reports on the impact of mining, and study trips and delegations”, a corporate legal challenge to a temporary version of the moratorium was tossed out, and the legislative ban in its current form was born. It’s an exciting and uplifting tale, the entirety of which can be read in this article from Ethics & International Affairs: ‘Historic Wins for Democracy and Rights in El Salvador’. 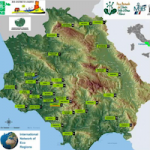 Ten years ago, the Italian Association for Organic Agriculture created the concept of “bio districts”, in which farmers, governments, and citizens across a geographic area work together to develop economic strategies around organic food production and agroecology. Cilento, the first of Italy’s bio districts, encompasses 37 municipalities with 400 organic farms which work together to enhance land access for young farmers, simplify organic certification, procure local food for nearby hospitals and schools, promote local agroecological farming traditions, and more… 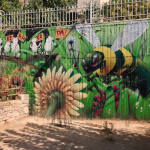 Ever since 2008, it has been widely reported that Greece is in complete economic collapse. But the Greek economic crisis has also provided the people of Athens with a rare opportunity to step outside of the global economy – to come together to revitalize communities, share resources and re-shape public spaces to serve their own needs, rather than the needs of big business and commerce. Projects include Navarinou, a park run by a neighborhood committee, which maintains a busy schedule of public debates, films, children’s activities and urban gardening workshops, and the Social Cultural Centre of Vyronas, whose charter declares: “We put human needs above commerce and business interests.” To learn more about these projects, read: Athens’ unofficial community initiatives offer hope after government failures. More information and a film on Navarinou can be found here: http://alternation.info/navarinou-park/. 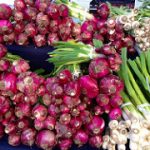 Cook County, in the greater Chicago area, adopted the Good Food Purchasing Program as its policy in June 2018, becoming the third and largest municipality in the USA to do so. The Good Food Purchasing Program provides a framework for municipalities to create food procurement policies that align with the core values of sustainable, equitable food systems: local sourcing, nutrition, environmental sustainability, workers’ rights, and animal welfare. Cook County’s implementation of the program includes policies that favor purchasing food from businesses that employ former inmates and people in low- and middle-income areas, and the resolution also increases access to county land for minority farmers. For more information, read about Cook County Resolution #18-1650, and about the frameworks of the Good Food Purchasing Program. 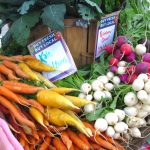 Farm to Plate is a policy in the US state of Vermont, initiated by the Vermont Legislature in 2009. It tasked the Vermont Sustainable Jobs Fund with creating a 10-year Farm to Plate Strategic Plan (2011-2020). Project priority areas include: protecting and expanding affordable and environmentally sustainable farmland in agricultural production, improving the viability of local food and farm businesses, increasing local food availability and affordability, increasing consumer demand for local food, and creating as many good jobs as possible in the local food and farm economy. To learn more, visit the Farm to Plate website. 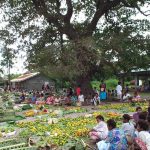 The remote Torba Province in the northern part of the South Pacific Island chain of Vanuatu has banned all imports of foreign junk food in favor of an all-local and all-organic diet. Worried by the health threats from imported sugar, white flour noodles, and other western foodstuffs flooding into the rest of the country, local officials in Torba made the decision to stick with locally grown and harvested fish, crabs, shellfish, taro, yams, paw paw, pineapples and more that have kept them healthy for generations. To learn more, read South Pacific islands ban western junk food and go organic or As Obesity Rises, Remote Pacific Islands Plan to Abandon Junk Food. 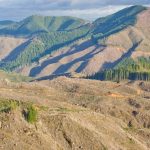 In Lincoln County, Oregon, in the northwestern United States, a group of residents formed this organization to help members of their community protect “their fundamental rights, their natural environment, their quality of life, their health and their safety”. It led to Lincoln County working with the Community Environmental Legal Defense Fund (CELDF) and becoming the first county in the United States to ban aerial pesticide spraying through a vote of the people in 2017. The rights-based law included recognition of the “rights of nature” of their local river, the Siletz. CELDF filed a lawsuit on behalf of the riparian ecosystem. To learn more, visit the LCCR website or read these articles on the initiative from Truthout and Shareable. 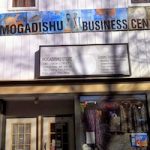 In opposition to a proposed highway through poor neighborhoods, residents of Lewiston, Maine instead developed a Peoples’ Downtown Master Plan that laid the groundwork for a renaissance of cooperative development and refugee solidarity. Today the city is home to a number of community organizations and cooperatives, including New Roots, Maine’s first immigrant-owned cooperative farm; the Healthy Neighborhoods Coalition, which promotes affordable housing and green space; the Good Food Council, which promotes healthy food systems; the Raise-Op Housing Cooperative; and six other cooperatives that provide childcare, herbal medicine, compost pickup, and food. Read the full story of Lewiston’s transformation here.