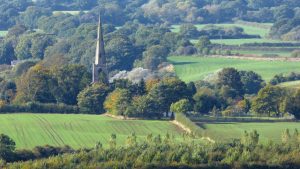 The tightly-knit community of Ashton Hayes, located in rural Cheshire, is trying to become the first completely carbon neutral town in England. Since the project began in 2006, they have significantly cut back CO2 emissions – in part by running their own community-owned renewable energy company. Today, representatives from towns around the world are traveling to Ashton Hayes to learn from their model. Learn more at Ashton Hayes’ website or by reading “English Village Becomes Climate Leader by Quietly Cleaning Up Its Own Patch” in the New York Times.