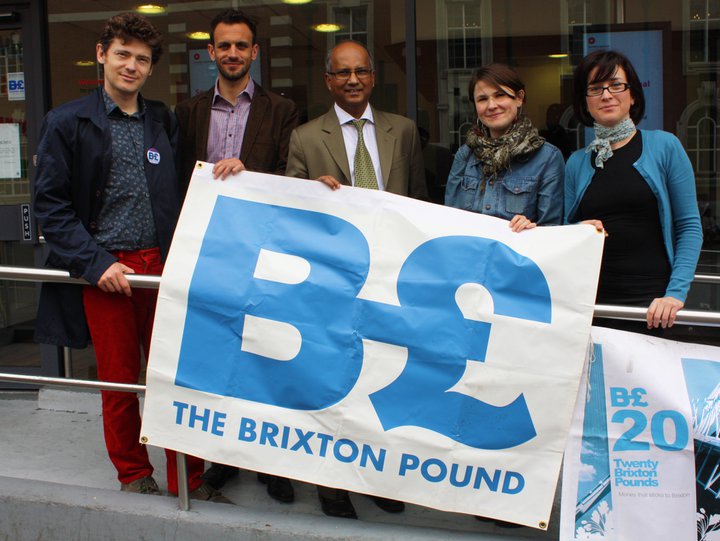 The Brixton Pound, or “B£,” is a local currency in Brixton, London (UK), designed to circulate alongside the ordinary British pound. Like many similar currencies, the Brixton Pound supports local, independent businesses by circulating only in the Brixton area, thereby reducing carbon emissions from long-distance transportation of goods, maintaining the diversity of Brixton’s shops, and building a resilient economy that protects local livelihoods.

More than 250 local businesses accept the “B£”, and members of Brixton’s local town council even have the option of taking home part of their salary in this currency. “B£” is one of 11 active local currencies in the UK, and the first to grow up in an urban setting. The Brixton Pound’s paper money was launched in 2009, and an electronic, pay-by-text form of the currency (now retired) followed two years later.

The success of “B£,” and of other local currencies around the world, has helped communities reduce the leakage of wealth from their local economies, creating a degree of resilience not often seen in an age of rampant globalization.