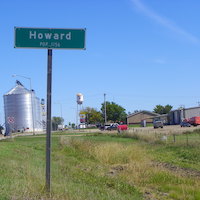 In 1995, a group of high school students in rural Miner County, South Dakota (USA) set out to determine how to boost their local economy. Their survey of local residents revealed that half did most of their shopping in an urban center an hour away; they calculated that if each adult spent just 10% more in their county, revenues would increase by US$7 million. They launched a campaign to “Keep Miner Dollars in Miner County”, and in the following year money spent locally had increased by more than US$15 million, nearly double their expectations. The project went on to inspire the creation of a Rural Learning Center and similar “buy local” campaigns in nearby counties. Read the story here.