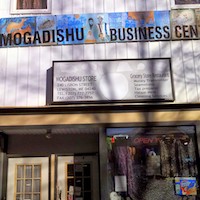 The story of Lewiston, a small city in Maine, was a familiar one across the United States: after once-profitable textile mills closed down, stores were shuttered, the population fell, and a new wave of immigrants encountered resistance from the city government. But then Lewiston’s story diverged: after the government proposed building a highway that would plow through the city’s poorest neighborhoods, residents not only organized a grassroots movement that convinced the government to reject the plan, they also developed a Peoples’ Downtown Master Plan to create the city they wanted to live in. This plan, approved in 2008, laid the groundwork for a renaissance of cooperative development and refugee solidarity. Today the city is home to a number of community organizations and cooperatives, including New Roots, Maine’s first immigrant-owned cooperative farm; the Healthy Neighborhoods Coalition, which promotes affordable housing and green space; the Good Food Council, which promotes healthy food systems; the Raise-Op Housing Cooperative; and six other cooperatives that provide childcare, herbal medicine, compost pickup, and food. Read the full story of Lewiston’s transformation here.

Local cooperatives and refugee solidarity in Lewiston, ME