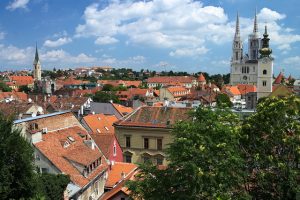 In 2008, Goran Jeras was working in The Netherlands, helping big banks and financial institutions improve their risk-assessment methodologies in the midst of the financial crash. It was then that Jeras realized how unsustainable the mainstream financial sector is today – not only financially, but socially and ecologically as well. At the same time, he saw clearly the ethical problems inherent in a system driven entirely by profit – in which the needs of human beings and the planet count for nothing.

So he returned to his home country of Croatia and, together with some friends in the Croatian banking world, founded the Cooperative for Ethical Financing (Zadruga za Etično Financiranje, ZEF) an “ethical development bank” entirely owned and democratically governed by its own members.

In an interview published by The Next System Project, Jeras explains that the founders began with some radical ideas: “The purpose of the bank,” he said, “is to efficiently manage the resources of the local community. Banks themselves, if you look at the value chain, do not add any value. The role of a bank is to be a catalyst, utilizing the resources and the funds of the community, towards those that are creating a new value for their community.” To that end, it functions as a non-profit, for the reason that any money earned would be at the expense of the community – those who are actively creating new added value.

Similarly, loans to individuals are only given to satisfy basic human needs – like education, health and housing, or to resolve social problems caused by past loans – not to buy unnecessary material goods. ZEF also does strict due diligence before investing in projects and businesses: loans not only need to be financially viable, but beneficial to society and the environment. Jeras compares their system to crowdfunding, because the loans are given without interest, and investors (co-op members) even have some say about which projects their money goes to. The projects essentially become joint ventures between the borrower and the members, and no one profits except new environmentally and socially conscious businesses and ideas.

Jeras and his partners also see cooperative ownership as one of the necessary characteristics of an ethical bank – for the reason that there should be no shareholders in the bank who don’t also have an interest in the services the bank is providing. Every member of the cooperative has an equal voice when it comes to voting on big decisions, regardless of the value of their deposit. ZEF also places great value on transparency: there are no hidden fees or expenses, and information about all important decisions is made publicly available. Because of this democratic structure in which personal relationships matter, Jeras believes membership will need to be capped between 60,000 and 100,000. The idea is that massive, faceless financial institutions simply cannot function as ethically as a smaller community like ZEF.

Aside from all of these innovations, it functions as a normal bank, and should be the only bank its members need to use (that is, as long as they don’t plan on taking out credit to buy lots of things they can’t afford and don’t need).

To learn more, read this interview by Adam Simpson and Sarah McKinley published by the Next System Project: http://www.thenextsystem.org/cooperative-banking-in-croatia/ (Jeras’ quotes come from here).