Adivasi Academy, based in Tejgadh, Gujarat, is trying to save the many endangered languages of the linguistically diverse Indian subcontinent. 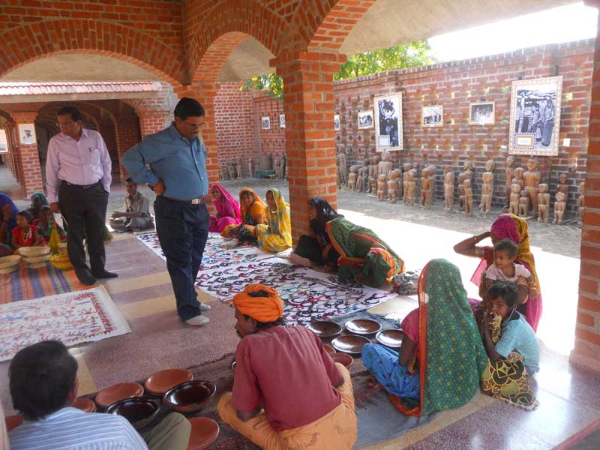 The Adivasi – an umbrella term for the tribal groups considered to be the aboriginal population of India – are facing powerful social and economic pressures that lead many to abandon their own language in favor of Hindi, Gujarati, or English.

Adivasi Academy seeks to show its students that their native languages and cultures are worth preserving. Among other things, the Academy contains a museum depicting Adivasi culture as if it no longer existed – starkly illustrating to both students and visitors that language extinction is real, and carries real consequences.

To learn more, read this piece about Adivasi Academy on the Vikalp Sangam website.