An inspiring one-day Economics of Happiness conference was held on Sunday November 11th at Meiji Gakun University in Tokyo, Japan. Next to a wide range of Japanese and international speakers, there were also panel discussions on TPP, agriculture, food and seeds, and on ‘Blessed Unrest’ in Japan (both in Japanese). 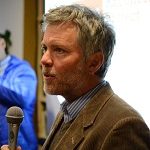 is co-founder of the Totnes REconomy Project, and associate lecturer in economics at Plymouth University. Jay co-developed the Transition Network REconomy Project’s Local Economic Blueprint course and handbook, co-founded the Totnes REconomy Centre, and developed the Local Entrepreneur Forum model. He’s worked with groups in many communities picking up these models. He has also developed a course on ‘Citizen-led Economics’, as well as led workshops and given talks in Europe, USA and Japan. Prior to moving to the UK from San Francisco, Jay spent 10 years as entrepreneur and consultant in the ‘green business movement’, after a 12-year career in Silicon Valley. Jay holds an MBA from the Middlebury Institute of International Studies and a BA in Philosophy from San Jose State University. He’s also a fellow of the Royal Society of Arts. 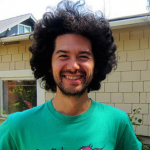 is founder of the Permaculture and Peace Dojo on “Localization in the US and Japan”. 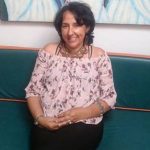 is an ecologist and environmental educator. She is the co-founder of the NGO Etnoecologia A.C. and an expert on issues of sustainable community development, agroecology and resilience.

is a Japanese journalist on “Globalization: US and Japan”.