You are here: Home / Past Conferences / Bengaluru, India 2019 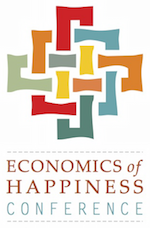 In Search of Wellbeing

For the second time, Local Futures co-hosted a conference with Bhoomi College in Bengaluru, India. The first was in 2014, when we co-hosted the 3rd international gathering in the Economics of Happiness Conference Series (it was a terrific event, and you can read more about it here). This time, Bhoomi and Local Futures joined forces again, with a special focus on education – to explore how we can educate with local economies and sustainable living in mind.

During the gathering, we addressed the connections between present-day educational models and the larger economic system, and looked at how we can rethink education to prepare coming generations for healthy sustainable living within ecological limits.

The twin themes for the conference – Decoding Economics and Re-thinking Education – brought together thinkers, educators, activists, practitioners, and youth for two days of inspirational talks, lively discussions, dialogues, and workshops focused on transitioning towards an ecological age.

Bhoomi College has brought together individuals and communities through its Fellowship programmes, weekend programmes, conferences and workshops to learn, share and engage, aiming at ecological living on our planet. The focus of all the courses offered is on participative learning that is deep, holistic and practical. Bhoomi’s programmes attempt to make learning engaging and enjoyable through hands-on work, group discussions, reflection and field trips.

Youth for Seva is a nation-wide volunteering movement which aims to create positive change agents in society through promoting a culture of volunteering. Through Youth for Seva, young people are inspired to volunteer and thus serve their communities through the social sector.

Programmes Director of Local Futures Localization: Towards an Economic Happiness

Founding-Director of the Students’ Educational and Cultural Movement of Ladakh (SECMOL) ‘We need more wisdom rather than cleverness.’

Environmentalist and Director of the Goa Foundation ‘The modern education system has cut us off from nature and natural thinking.‘ 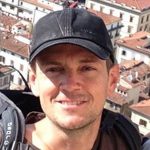 is a project coordinator and researcher at Local Futures. He works in the USA and India, where he coordinates Local Futures’ Ladakh Project. Alex has worked with cultural affirmation, agro-biodiversity and environmental health projects in a number of countries, and is active in the environmental health/anti-waste and degrowth movements. He is part of on the core group of the Vikalp Sangam/Alternatives India initiative and the emerging Global Tapestry of Alternatives – an initiative aimed at facilitating collaboration amongst alternative and social/ecological justice movements around the world. He holds an MA in Globalisation and International Development from the University of East Anglia. 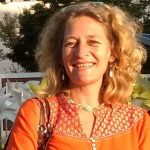 is an Associate Programs Director with Local Futures, and coordinator of the International Alliance for Localization. She currently lives in Mexico on a small-holding with her family. She co-founded Microcuenca del Rio Citlalapa – a local NGO in Veracruz, focused on sustainable community development, and a rural primary school with similar goals. Anja gives talks, holds workshops and teaches on a variety of subject related to food and farming, localization and eco-technologies. 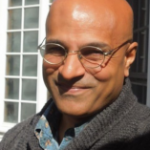 is an environmental economist, activist, thinker and philosopher. He has been an economics professor for many years in the US and India and most recently a philosophy professor in Norway. Aseem has done extensive research, written and presented studies at international forums on issues associated to globalization, its impact and the interconnections between globalization, economics and ecology. He is the co-author of Churning the Earth : The Making of Global India. 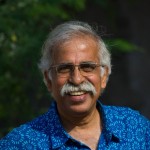 is a renowned environmentalist and director of the Goa Foundation, an environmental monitoring group, Editor of Other India Press and Director of the Organic Farming Association of India. He has been instrumental in carrying forward the work of the great Gandhian historian of India, Dharampal. Alvares has worked extensively on natural education, creativity and organic farming and has developed a holistic philosophy of life. He is the ideator behind the mulitveristities alliance movement which seeks broadly to decolonise thinking and curricula in our universities. 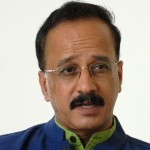 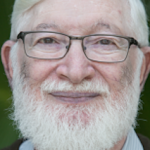 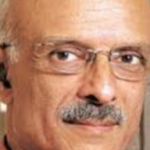 is the Director-Secretary of the Palar Centre For Learning (Pathashaala & Outreach) of Krishnamurti Foundation India (KFI). He was Principal of The School KFI in Chennai from 1991 to 2009, where he guided several initiatives such as Active Learning, Mixed Age Group Learning in Junior and Middle school and a dynamic and wide learning programme for High School students. An engineer by education Gautama is an educationist, deep thinker and practitioner of sustainable lifestyle. 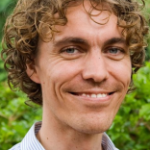 an Ashoka Changemaker, Gijs Spoor is the founder of UnLtd TN, a social business incubator based in Auroville, India. With a background in organic agriculture, fair trade and cotton textiles industry, Gijs is passionate about building inclusive value chains that allow direct and meaningful relationships between the producers and consumers. Gijs has been actively researching and working towards forming alternative currencies. 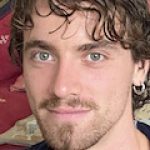 Henry has been working with Local Futures in India and Australia since 2015. He is involved with the organisation from the age of 15, after questioning conventional development and the global consumer culture. Henry coordinates Local Futures’ projects in Ladakh, runs workshops on The Economics of Happiness and ‘Big Picture activism’ and gives talks about localisation. In 2017, he co-founded Wildspace – an experimental community learning space in New South Wales, Australia. 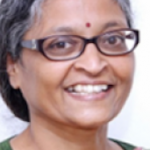 is an educationist who has worked extensively in teacher training programmes and is presently a faculty member of the Azim Premji University. Indira is the founder of Poorna Learning Centre in Bangalore, an alternative school which emerged out of Indira’s experiences from home-schooling her own children and from her reflections as a teacher and teacher educator. Poorna Learning Centre promotes inclusive and ecologically sustainable education. 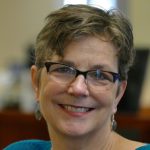 is a professor in the Department of Teacher Education at Eastern Michigan University.  For over 20 years, her focus has been on EcoJustice Education and activism, providing educators with the information and classroom practices they need to help develop citizens who are prepared to support and achieve diverse, democratic, and sustainable societies. She is the author/co-author of several books on ecojustice, including Art, EcoJustice, and Education, (2019) and EcoJustice Education: Toward Diverse, Democratic and Sustainable Communities (2011, 2015). Rebecca has worked with others in the United States, Canada, Europe and beyond to address these issues and has recently been awarded the position of Docent in the School of Education at the University of Tampere in Finland. Read more about Rebecca here. 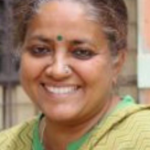 is Director of Bhoomi College and Associate Editor of the Bhoomi Magazine, and educationist with over 20 years experience of teaching in schools in India. She has been involved with Prakriya Green Wisdom School since it’s initial years; Co-creating the institution, partnering in the visioning and living out the dream of humanising education in tune with nature’s principle. Rema is also a trained facilitator of programmes on self-exploration and institution building. She is a keen story teller, passionate about deep ecology and education for sustainability.

is founder trustee of K.N.A.Foundation and Bhoomi College. Her areas of interest include Explorations in inner and outer ecology, Ecological Education, and working with management processes based on principles of Nature. She is the editor of the Bhoomi magazine and the Founder of Aastha Foundation and Prakriya Green Wisdom School. 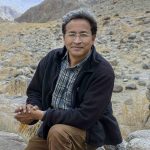 is a mechanical engineer by training and an innovator who has spent the past 25 years reforming the educational system in Ladakh. He is the founding-director of the Students’ Educational and Cultural Movement of Ladakh (SECMOL), initiated in 1988 by a group of students who, in his own words, were ‘victims’ of an alien education system foisted on Ladakh. He designed the SECMOL campus to be built with local traditional materials and the use of eco-technologies, including solar energy. Sonam was instrumental in the launch of Operation New Hope in 1994, a collaboration of government and civil society to bring reforms in the government school system. In 2016, he won the Rolex Award for Enterprise for his Ice Stupa Artificial Glacier invention. He is putting the award-money towards the establishment of an alternative university in Ladakh – The Himalayan Institute of Alternatives, Ladakh (HIAL).