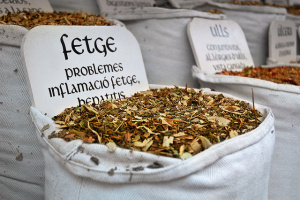 Modern medicine has enabled people to live longer lives, but what have we lost in turning our backs on traditional ways of healing? Today, heart disease is the number one cause of death around the world. An estimated 17.3 million people died from cardiovascular diseases in 2008, representing 30% of all global deaths. Although we often associate these conditions with industrialized countries, and indeed more than a third of Americans are considered obese, surprisingly over 80% of these deaths occur in low-and middle-income countries (WHO, 2012). Rates of other diseases associated with modern lifestyles, such as diabetes and cancer, are not far behind. What can we learn from indigenous healing practices to bring about less costly and more sustainable solutions for improving health in both North and South?

Natural healing in Nepal
The Tharu people of central Nepal have cultural belief systems that demonstrate an immense knowledge and respect for the Earth’s biodiversity. These systems contain rules and rituals that define how the environment should be treated – as integration of body, mind and spirit – for the wellbeing of the people in the world. Remarkably, the Tharu are immune to malaria and this immunity may have developed due to their longer residence in the forest, where they developed human-nature coexistence (Dhakal et al, 2011; Gunaretne, 1999). The Tharu healers—Gurau—base their healing practices on observing nature and using resources from the surrounding ecosystem.

In my own childhood experience of traditional knowledge, many herbs and spices were used to cure minor diseases. For example, my mother used to mix ginger juice and camphor to massage for chest pain and cough. This was an alternative to Vicks Vaporub (mentholated topical cream used for cough suppression). Simple body pains, minor stomach disorders, sinus infections and headaches were treated within the household. Treating illness in this manner may have helped to prevent other diseases by stopping the initial problem. This way of healing also avoided the side effects common with pharmaceutical drugs.

According to history, my ancestors migrated to Nepal from India and they brought knowledge from the Ayurveda, which uses herbs to aid health. Diagnosis relies on three types of constitutional influences, or dosas, that cause disease: Vata (vital air), pitta (bile) and cafa (phlegm). The dosas are made up from the five elements: air, water, earth, fire and space. Plants are used most often for treatment. The well-established knowledge of plants in Ayurveda is immensely valuable and health-sustaining. According to a citation of the Ayurveda: “let all plants be thy medicine and let every being be happy”. This may be true as of today many modern medicines depend on natural plant products.

In the western world the Ayurveda is becoming popular due to its natural treatment and healing methods. It is mainly considered as a remedy for relaxation. It provides a way of connecting to nature, and developing physical and mental capacity to prevent disease (Pesek et. al, 2006). In Nepal and India, formal education in Ayurveda is already in place and produces Ayurvedic doctors (Kabiraj), health assistants (Baidhya), and nurses. Each profession requires an academic degree and certification to be able to practice.

Understanding this ancient, holistic knowledge and using it to solve complex economic and ecological problems could help balance environmental and economic needs in many communities in the world. It not only gives insights into how to live alongside nature but also teaches us the way to connect with nature to lead a sustainable and happy lifestyle.

The importance of conserving indigenous knowledge and healing methods is often not recognized in the western world. As development progresses, older indigenous healers have difficulty passing this knowledge to the younger generations, who are more interested in being “modern”. Traditional healers express their worries about younger generations not following traditional culture, while government policies usually undermine the preservation and use of indigenous knowledge. As a result, most indigenous groups are becoming separated from their native and indigenous culture. Outside influences create several challenges, such as negative perspectives towards indigenous culture and traditional practices. This misunderstanding is primarily due to the lack of systematic knowledge transfer from one generation to the next. Nor does the public education system address issues and concerns of indigenous healing. All in all, there is a shortage of information to motivate the younger generation to follow their ancestral path.

Integrating Modern and Traditional
More scientific research is needed to find a common ground to integrate ancient healing practices and modern medical science. Even though each domain works in its own sphere there is common ground in holistic methods. There is growing encouragement for modern healers to collaborate with traditional healers to bring greater benefit to human health (Kale, 1995; Kangwa and Catron, 2010). Compared to wealthier countries, developing countries have not been able to mobilize trained medical doctors to cover all remote parts of the country. In such situations, the traditional healers are instrumental in curing diseases. In South Africa, for instance, traditional healing practices have been acknowledged by the modern medical practitioners as an important component of human health (Kale, 1995).

More than 80% of the world’s population depends on traditional healing practices (WHO, 2002). Some medical doctors and nurses are working with indigenous healers and suggest collaborative effort will maximize the benefit. However, the absence of appropriate policy backup is a hindrance. Asian, African and Native American indigenous knowledge, if explored and studied, can offer a wealth of holistic health and wellness wisdom (Pesek et. al, 2006). If we want to integrate modern health systems with traditional knowledge then both systems should work together to come up with better solutions. The disciplinary dichotomy created so far is impeding progress to value the knowledge that could otherwise contribute to global health and wellness.

Since both scientific and alternative healing practices are equally important for global health, I suggest integrating them in the following ways to bring about better human health, globally.

The existing international and national government policies need to be analyzed to find avenues to incorporate nature-friendly health and wellness practices.

Gunaratne, A. 1999. The shaman and the priest: Ghosts, death and ritual specialists in Tharu society. Himalayan Research Bulletin XIX (2):1-10

Narayan Dhakal, PhD is an Independent Environmental Expert. Originally from Nepal, his research focuses on the traditional values of plants and animals and the ecological and socioeconomic context in which people live. He has developed and leads an experiential learning program in the human dimensions of wildlife conservation in Nepal.