You are here: Home / Development / How the World Bank helped re-establish colonial plantations 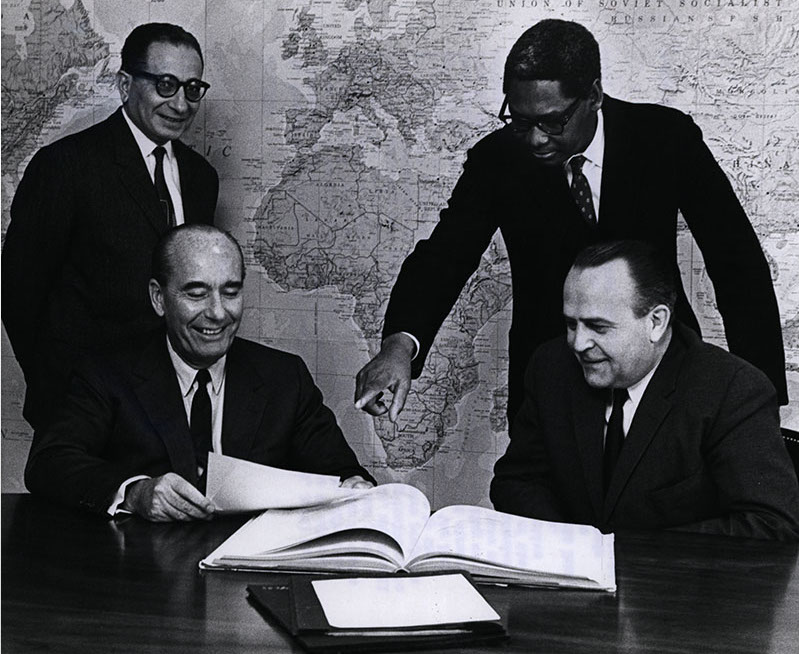 In October 2020, a group of 79 Kenyans filed a lawsuit in a UK court against one of the world’s largest plantation companies, Camelia Plc. They say the company is responsible for the killings, rapes and other abuses that its security guards have carried out against local villagers at its 20,000 hectare plantation, which produces avocados for European supermarkets.

Such abuses are unfortunately all too routine on Africa’s industrial plantations. It has been this way since Europeans introduced monoculture plantations to Africa in the early 20th century, using forced labour and violence to steal people’s lands. Camelia’s plantations share this legacy, and the abuses suffered by the Kenyan villagers today are not so different from those suffered by the generations before them.

Abuses and injustices are fundamental to the plantation model. The question that should be asked is why any of these colonial plantations still exist in Africa today. Why haven’t Africa’s post-colonial governments dismantled this model of exploitation and extraction, returned the lands to their people and emboldened a resurgence of Africa’s diverse, local food and farming systems?

One important piece of this puzzle can be found in the archives of the World Bank.

Last year, an alliance of African organizations, together with GRAIN and the World Rainforest Movement (WRM), produced a database on industrial oil palm plantations in Africa. Through this research, we found that many of the oil palm and rubber plantations currently operating in West and Central Africa were initiated or restored through coordinated World Bank projects in the 1970s and 1980s. The ostensible goal of these projects was to develop state-owned plantations that could drive “national development”. The World Bank not only provided participating governments with large loans, but it also supplied the consultants who crafted the plantation projects and oversaw their management.

In case after case that we looked at, the consultants hired by the World Bank for these projects were from a company called SOCFINCO, a subsidiary of the Luxembourg holding company Société Financière des Caoutchoucs (SOCFIN). SOCFIN was a leading plantation company during the colonial period, with operations stretching from the Congo to Southeast Asia. When the colonial powers were sent packing in the 1960s, SOCFIN lost several of its plantations, and it was then that it set up its consultancy branch, SOCFINCO.

According to documents in the World Bank’s archives, SOCFINCO was hired by the Bank to oversee the development and implementation of oil palm and rubber plantation projects in several African countries, including Cameroon, Côte d’Ivoire, Gabon, Guinée, Nigeria, and São Tomé and Príncipe. SOCFINCO oversaw the development of blueprints for national oil palm and rubber plantation programs, and helped identify lands to be converted to industrial plantations.  It was also paid to manage the plantations and, in some cases, to organize sales of rubber and palm oil by the state plantation companies established through the program.

SOCFIN received lucrative management fees through these projects, but, more importantly, they positioned the company to take control of the trade in agri-commodity exports from Africa – and eventually to even take over the plantations. It was a huge coup for SOCFIN. As the World Bank projects were operated through parastatal companies (companies owned or controlled wholly or partly by the government), local communities could be dispossessed from their lands for plantations under the justification of “national development” – something that would be much more difficult for a foreign company like SOCFIN to do. Indeed, a condition for World Bank loans was that the governments secure lands for the projects, a step made easier by the fact that most of the projects were being implemented by military regimes.

The World Bank projects also allowed SOCFIN to avoid the costs of building the plantations and their associated facilities. Under the projects, the African governments paid the bill via loans from the World Bank and other development banks.

It was not long before the parastatal companies set up by the World Bank were mired in debt. Of course, the Bank blamed the governments for mismanagement and called for the privatisation of the plantations as a solution – even if those plantations were already being run by the high-priced managers of SOCFINCO and other foreign consultants.

In the privatization process that then followed, SOCFIN and SIAT, a Belgian company founded by a SOCFINCO consultant, took over many of the prized plantations. Today, these two companies control a quarter of all the large oil palm plantations in Africa and are significant players in the rubber sector.

Nigeria is a good example of how this scheme worked. Between 1974 and the end of the 1980s, SOCFINCO crafted master plans for at least seven World Bank-backed oil palm projects in five different Nigerian states. Each project involved the creation of a parastatal company that would both take over the state’s existing plantations and develop new plantations and palm oil mills as well as large-scale outgrower schemes. Overseeing all of SOCFINCO’s work in Nigeria was Pierre Vandebeeck, who would later found the company SIAT.

All of the World Bank projects in Nigeria generated enduring land conflicts with local communities, such as with the Oghareki community in Delta State or the villagers of Egbeda in Rivers State. After dispossessing numerous communities from their lands and incurring huge losses for the Nigerian government, the parastatal companies were then privatised, with the more valuable of the plantation assets eventually ending up in the hands of SOCFIN or Vandebeeck’s company SIAT.

SIAT took over the plantations in Bendel state through a subsidiary and then, in 2011, it acquired the Rivers State palm oil company, Risonpalm, through its company SIAT Nigeria Limited. Vandebeek was SOCFINCO’s plantation manager for Risonpalm under the World Bank between 1978-1983.

SOCFIN, for its part, took over the oil palm plantations in the Okomu area that were also developed under a World Bank project. It was SOCFINCO that first identified this area for plantation development as part of the study it was hired to undertake in 1974. The Okomu Oil Palm Company Plc. (OOPC) was subsequently established as a parastatal company in 1976, and 15,580 hectares of land within the Okomu Forest Reserve of Edo State was “de-reserved” and taken from the local communities to make way for oil palm plantations. The company hired SOCFINCO as the managing agent to oversee its activities from 1976-1990. Reports vary, but at some point between 1986 and 1990, OOPC was then divested to SOCFIN’s subsidiary Indufina Luxembourg.

This sordid history explains why so many of subsidiaries of SOCFIN and SIAT in Africa still carry national sounding names, like SOCAPALM in Cameroon or the Ghana Oil Palm Development Company. It also explains why these companies are so well designed to extract profits into the hands of their owners, and the crucial role of the World Bank for facilitating this corporate profit-seeking process in the name of “national development”.