You are here: Home / Events Calendar / Other Past Events / Big Picture Activism – Australia, 2019

During this unique, interactive evening in the company of activists from 5 continents who are working towards system change, we talked about the movement for local economies in India, Brazil, the USA, Japan, Denmark, Mexico and other parts of the world, and why people from such different cultures and geographies view localization as a promising strategy for meeting the greatest social and ecological challenges of our time.

How can we work together to create a fundamentally different economic system and a more beautiful world? 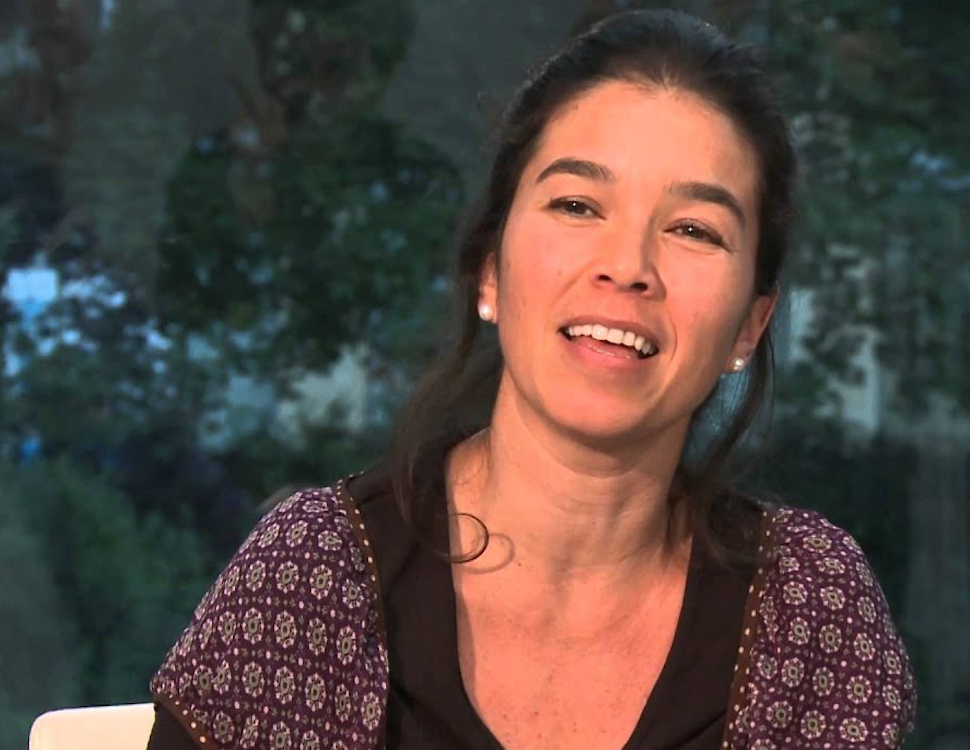 is an environmental researcher, author and activist with degrees in Philosophy, Law and Sociology. She has worked extensively on land reform, deforestation, GMOs, agribusiness, biofuels and biodiversity issues. She is a leading climate-policy expert and critical voice on neoliberal climate policies. the “greening of capitalism schemes” and associated land grabbing, carbon trading and payment for ecosystem services.

Camila has followed the resource extraction dynamics plays in Brazil and Latin America for two decades and been a strong opponent to the “modern” techno-scientific development package. She is the author of: Carbon Metrics: Global Abstractions and Ecological Epistemicide (English, Spanish, Portuguese) and Carbon Metrics and the new colonial equations (Portuguese). She has addressed the growing role of China in Latin America and the reconfiguration of geopolitics in her book Brazil made in China (Portuguese).

Camila has participated in multilateral forums in over 40 countries. She has represented a Brazilian civil society coalition in the climate change negotiations (UNFCCC) since 2008, acted as a civic society observer at the

biodiversity negotiations (CBD) since 2006 and been member of the permanent working group Alternatives to Development and the Working Group on Political Ecology of the Latin American Council of Social Sciences (CLACSO)”.

A Radical View of Climate Negotiations 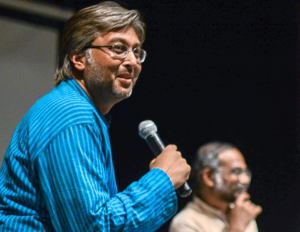 is a leading voice for the regeneration of diverse local knowledge systems and cultural imaginations, and the deschooling of our lives. He is the Co-Founder and coordinator of Shikshantar: The Peoples’ Institute for Rethinking Education and Development based in Udaipur, India, and the co-founder of some of the most innovative educational experiments in the world: the Swaraj University, the Jail University, the Creativity Adda, the Learning Societies Unconference, the Walkouts-Walkon network, Udaipur as a Learning City, and the Families Learning Together network in India. He recently helped to launch the global Ecoversities Network. Manish is the editor of several books on learning societies, unlearning, gift culture, community media, and tools for deep dialogue.

Manish previously worked as a principal team member of the UNESCO Learning Without Frontiers global initiative and as a consultant to UNICEF, the World Bank, and USAID in Africa, South Asia and the former Soviet Union. Manish has also worked as an investment banker with Morgan Stanley. Ever since, he has been trying to unlearn his Master’s degree in Education from Harvard University and a B.A. in Economics, International Development and Political Philosophy from Brown University.

He and his wife Vidhi have creatively been unschooling themselves together with their 16-year old daughter, Kanku, in Udaipur, Rajasthan. 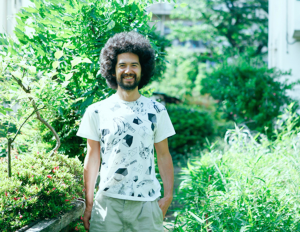 is a nonviolence activist or 共生革命家 in Japanese. Born in Tokyo, he was raised in rural Japan (Minami Uonuma), Hawaii, Osaka, California, and the jungle of Costa Rica. He considers the earth his home. Kai is passionate about life, gardening, and spreading peace.

After the September 11th, 2001 terrorist attacks in the USA and subsequent US invasions abroad, Kai began to engage with issues of war, structural violence, intergenerational justice, agroecology, and sustainability while attending the University of California Santa Cruz. He became the co-chair for the Education for Sustainable Living Program (ESLP), a radical educational experiment that collaborated with world-class sustainability leaders such as Vandana Shiva, Satish Kumar, and Frances Moore Lappé. ESLP facilitated institutional change through student empowerment and participatory action research.

He founded Tokyo Urban Permaculture as an experiment to fundamentally transform the culture and politics of Tokyo after the Fukushima nuclear meltdown in 2011. He teaches about permaculture, nonviolent communication, mindfulness, systems thinking, social change and the gift economy (gift ecology) around the world. Currently, he is training youth activists in Japan on nonviolence, and is developing a “Peace and Permaculture Dojo” to train the next generation of change makers in Japan. 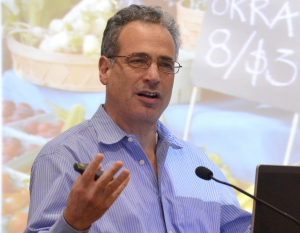 is an economist, attorney, author, entrepreneur and leading expert on community economics and the advantages of small-scale businesses in the era of globalization. He is the Director of Local Economy Programs for Telesis Corporation (a nonprofit affordable housing company), a founding partner of Local Analytics (an economic-development consulting firm), and an adjunct instructor at Bard Business School in New York City and Simon Fraser University in Vancouver. He’s a Fellow at Cutting Edge Capital and the Post-Carbon Institute, and a founding board member of the Business Alliance for Local Living Economies.

Michael has written over a hundred articles for periodicals such as The New York Times, The Washington Post, The Nation and The Weekly Standard, and authored and co-authored numerous books, including: The Local Economy Solution: How Innovative, Self-Financing Pollinator Enterprises Can Grow Jobs and Prosperity; Going Local: Creating Self-Reliant Communities in a Global Age; Local Dollars, Local Sense; and The Small-Mart Revolution, for which he received a bronze medal for best business book
from the Independent Publishers’ Association. 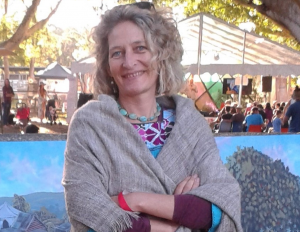 is Associate Director of Local Futures and coordinator of the International Alliance for Localization. Anja has a special interest in local and organic food and farming and has worked on these issues for over 30 years across the world. In the UK, she researched community-supported agriculture and, through Local Futures (then the International Society for Ecology and Culture), headed the first-ever local food program in the country. She also conducted the first comprehensive study comparing the social, economic and ecological impacts of organic and conventional coffee production in Costa Rica.

She gives talks and runs workshops relating to the new economy, globalisation, localisation, local food systems and living culture. Anja currently divides her time between her home in the eco-community Tierra de Niebla in Mexico, and her native Denmark.

Putting Food at the Center of the New Economy 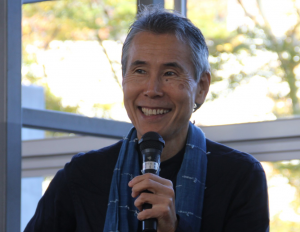 is a cultural anthropologist, film-maker, public speaker and leading environmental activist in Japan. He is the acclaimed author and co-author of over 50 books. Keibo teaches at Meiji Gakuin University and is the founder-leader of The Sloth Club, an NGO that promotes slow and sustainable living in tune with nature. Since its start in 1999, The Sloth Club has gradually won support among Japanese people, while Keibo´s book, Slow is Beautiful: Culture as Slowness, became the bible for the Slow Living Movement in Japan. Together they have encouraged a new appreciation of the richness of rural life and a simpler and slower way of living, where connection to others and to nature is in focus.

His books have been translated and published in Korea, China and Taiwan. Books in English include The Other Japan: Voices beyond the Mainstream (co-authored with David Suzuki) and Rowing the Eternal Sea: The Story of a Minamata Fisherman. Keibo produced and directed the eight-episode documentary series “Asian Visions,” featuring Satish Kumar, Kawaguchi Yoshikazu, Hwang Daegwon, Vandana Shiva, Sulak Sivaraksa, Pracha Hutanuwatra, and others.

Keibo has also organised several Economics of Happiness conferences in Japan in collaboration with Local Futures, with highly successful outcomes. 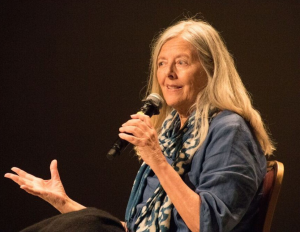 is a pioneer of the local economy movement, a respected analyst of the global economy, and a leading proponent of ‘localization’, for which she was awarded the prestigious Goi Peace prize in 2012 and the Arthur Morgan award in 2017. Helena also earned the Right Livelihood Award, or ‘Alternative Nobel Prize’, for her groundbreaking work with the people of Ladakh, which aimed at finding ways to meet the modern world without sacrificing Ladakhi cultural practices and social and ecological values.

Helena has authored and co-authored numerous articles, essays, book chapters and books, including: Bringing the Food Economy Home; From the Ground Up: Rethinking Industrial Agriculture; and her seminal book Ancient Futures – which has been described as “an inspirational classic.” This book, together with a film of the same name, has been translated into over 40 languages, and has sold half a million copies.

She is also the producer and co-director of the multi-award-winning film The Economics of Happiness. She lectures extensively across the world, teaches regularly at Schumacher College in the UK, and appears in media worldwide.

Cultures of Happiness
Return to Other Past Events Page