You are here: Home / Resistance and Renewal / CTRLshift: An Emergency Summit for Change 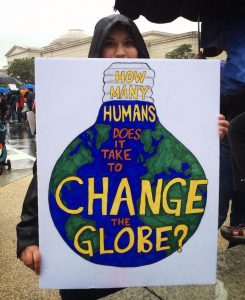 In Britain, these days, all the essential endeavors that are supposed to promote general wellbeing and what is known as “civilization” are, it is widely agreed, in crisis: health and social services; housing; education; energy; transport; and of course, though successive governments haven’t taken it seriously, agriculture. Oh yes, and then there’s “the environment” – nothing less than the biosphere; nature; the living world — but commonly thought of these days as real estate or “natural capital” whose job is to provide “ecosystem services”. A third of our native species are in imminent danger of extinction although that, surely, is a very conservative estimate.

Britain is not the worst country in the world. Not by any means. It is, however, the world’s fifth largest economy with all the trappings of riches beyond dreams – all that OTT architecture and those countless coffee bars in the city of London – and so we have less excuse than most. But all that successive governments from all the major parties have offered these past 40 years is more of the same: the same technophilic, mechanistic mindset; the same obsessive pursuit of ever-increasing, quantifiable wealth, without apparent regard to how it’s produced, or what it is used for, or who finishes up with it.

It would be good to report that the various religions, as guardians of morality and probity (aren’t they?) are making a difference and pointing the way forward – and, to be fair, they sometimes do. But all are riven by internecine strife and endless, quasi-theological debates that seem to belong to past ages that in some ways were even darker than the present; and in net, alas, their contribution the world over is highly equivocal.

Beyond doubt, billions worldwide are seriously discontented. A survey of Americans in the 1990s showed that most of them wanted their country and the world to be different – less materialistic; focused far more on human values – though most, it turned out, believed that their fellow citizens remained fixated on wealth and “economic growth” and that nothing therefore could be changed. Many millions, though, worldwide, in hundreds of thousands of communities and movements – societies, NGOs, informal gatherings – are trying to turn things around, on all fronts; with new ideas and, more to the point, with action: different ways of organizing our lives; different ways of doing things. The tremendous weight, momentum, and general inertia of the status quo is against them – law, bureaucracy, corporate power, and of course successive governments – but the mavericks keep trying and sometimes, to some extent, they succeed.

What’s lacking, though, is coordination; and crucial to this, I suggest, is a coherent philosophy. At present, different groups that in reality want the same things and to a significant extent agree on what should be done nonetheless dress their ambitions in different words and pursue their own agenda.  Above all, though, we need concerted action. Perhaps most obviously, small farmers need to work together more than they do so that they can market their produce more effectively – and, ideally, coordinate management to some extent so that although each enterprise remains small, together they can operate on a landscape scale. Farmers, growers, and whole communities, rural and urban, need to work more closely together too. Farming, healthcare, social care, education, transport, housing, conservation – all feed into each other and all need to coordinate their efforts far more than they do.

It’s clear, though, for a whole list of reasons, that we cannot afford to leave our affairs and the fate of the world to governments, or rather these days to the oligarchy of governments, corporates, and financiers, supported by compliant academics and other intellectuals. The oligarchy operates de haute en bas and although some of its members are well-meaning their net effect is to perpetuate the hierarchy and the status quo. We, people at large, must take control. The world’s affairs must in practice be organized at all levels from the individual to the United Nations – but, many suggest, the prime focus of action and of change must be the community. Communities can be democratic, as larger gatherings cannot; and they can be effective, as most individuals (all but the obscenely rich) cannot. In short: control should not come from the top down, but neither can it come from the bottom rung of all. It must come from near the bottom. The community must be the epicenter of power.

Some of those who feel this way, gathered together under the name of CTRLshift, are convening in Wigan on March 27-29 to see what they can do to push things forward and get the world moving on a different tack. It could and should be an historic meeting. To some extent the endeavor is linked to Brexit, which some feel offers an opportunity for Britain to start again on a fresh and more agreeable footing – though a great many people including me regret our departure in the same way that Matthew Arnold, a century and a half ago, regretted the passing of religious faith:

Why meet in Wigan – and  why the end of March? Because, the CTRLshift organizers say, Wiganers voted emphatically to leave the EU; March 29 is the anniversary of the signing of Article 50 of the Lisbon Treaty, which began the formal process of withdrawal; and 2018 is close to the 80th anniversary of George Orwell’s The Road to Wigan Pier. I’m told that Wigan has brightened up a lot since Orwell described “the monstrous scenery of slag-heaps, chimneys, piled scrap-iron, foul canals, paths of cindery mud criss-crossed by the prints of clogs”. These days it’s nice.

For further information on the CTRLshift Summit, go to: http://www.ctrlshiftsummit.org.uk

Colin Tudge is a biologist, writer, and co-founder of the Campaign for Real Farming. His most recent book is Six Steps Back to the Land: Why we need small mixed farms and millions more farmers.