You are here: Home / Technology / Controlling 5G: A Course in Obstacles 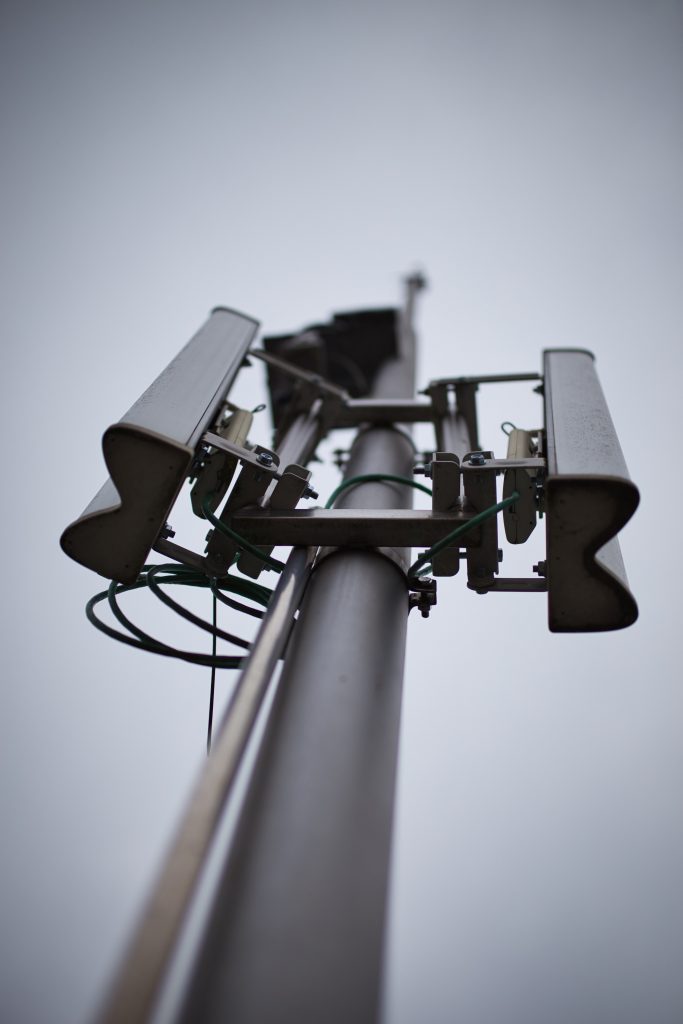 Across the United States, telecom providers have begun mapping their plans to deploy 5G “small,” microwave-emitting cellular sites throughout neighborhoods. Every person deserves to be informed about what’s happening and what’s within every household’s ability to control.

Already the largest thing that humanity has built, we double the Internet’s size every two years. The Internet of Things (IoT), also known as machine-to-machine communication, generates data traffic via the “smart” power grid, billions of mobile phone and Internet users who expect 24/7 access, GPS networks and self-driving cars, toilets that analyze stools and blood pressure and send the data to physicians, and refrigerators that can message phones that orange juice needs replenishing.

Because most people consider mobile technologies a basic necessity for school, work and household functioning, arguing against their expansion is especially challenging – even when they threaten our democracy, security, privacy, health and climate.  Indeed, exponential increases in data traffic have the telecom industry launching 5G, the fifth generation of wireless infrastructure, internationally.

In the U.S., more than 25 states and several federal Acts now mandate “streamlining” (easing deployment) of 5G infrastructure.  Let me unpack what this means for municipalities and households.

For years, wireless telecom providers have run fiber optic cables from their core network to the large towers that support cellular antennas. Then, the system’s “last hop” (from the cell tower to individual, mobile devices) is delivered wirelessly. In other words, wireless telecom infrastructure is not entirely wireless.

Like a radio station that pays the FCC a licensing fee for a frequency band on the electromagnetic spectrum, a telecom corporation pays the FCC to lease frequencies that deliver its wireless services (i.e. voice, Internet and data). In the last few decades, the spectrum has nearly filled up. (In the iPhone’s first three and a half years, AT&T alone claimed that their data traffic grew 80-fold.[2])

Because services that include a wireless component are minimally taxed and regulated (compared to wired services), wireless services are much more profitable to telecom corporations.

By January 2019, over half of U.S. states had passed ALEC-inspired legislation to streamline 5G’s buildout.[3] Our federal 2017-2018 Mobile Now Act and the Digit Act also restrict local authority over installation of telecom infrastructure. Further, the FCC has enacted rules that restrict states’ and municipalities’ ability to use the 1970 National Environmental Policy Review Act (NEPA) and the National Historic Preservation Act in zoning and siting reviews for telecom facilities. The FCC also shortened the time that municipalities must respond to telecom permit applications from 90 to 60 days.

Further, these mandates prohibit municipalities from enacting a moratorium on 5G/small cell site infrastructure. They severely restrict the amount of money that a municipality can charge telecom providers for accessing publicly-owned right-of-ways. They effectively remove zoning requirements like neighborhood notification and public hearings regarding installation of telecom facilities.[4]

A national coalition of nearly 100 municipalities is suing the FCC, arguing that the FCC lacks the statutory authority to issue such regulations.[5] California Congresswomen Anna Eshoo and Jackie Speier have introduced House Resolution 530, the Acclerating Wireless Broadband Development by Empowering Local Communities Act of 2019. This legislation would overturn FCC regulations that limit the ability of local governments to regulate the deployment of 5G wireless infrastructure. HR 530 provides “that certain actions by the Federal Communications Commission shall have no force or effect.”[6]

HR 530 might offer our best chance of voiding the FCC’s new rules, including its prohibiting municipalities from mandating moratoria on 5G. As of April 25, 2019, the bill had 46 co-sponsors.[7]

On February 9, 2019, Sierra Club California adopted a resolution urging the National Conservation Policy Committee “to adopt an oppose position to the FCC’s recent promulgation of a rule that waives environmental review, and limits local control, of the deployment of 5G wireless technology and small cell box installations.”[8]

Some communities have begun posting providers’ plans to deploy “small” cell sites throughout their neighborhoods. Before telecoms deploy these installations, concerned citizens might ask elected officials some of the following questions:

Communities seeking safer, more secure, more reliable “fiber-to-the- premises” (FTTP) should be aware that the industry may use this term when they actually will only deliver “fiber-to-the-curb” (FTTC), “fiber-to-the-antenna” (FTTA) or “fiber-to-the-wireless” (FTTW). Telecom providers may also use the term “fixed wireless Internet” to describe connecting fiber to “small” cell sites.

Before acting, know your laws

Unashamedly, FCC regulations do not safeguard the public or our environment. A Harvard report calls the FCC a “captured agency.”[9]

Section 704 of the Telecommunications Act of 1996 prohibits municipalities from denying a corporation a permit to install telecom infrastructure (transmitting antennas) based on health or environmental concerns.

Because of recently passed federal Acts, FCC Orders and state laws (which prohibit restrictions on fiber delivered to public right-of-ways and promote wireless service from public right-of-ways to individual users), advocating for municipally-owned fiber-to-the-premises may unintentionally divert public funds to deliver fiber to “small” cells. Such diversions would reduce the industry’s costs to build 5G networks.

The newly introduced Radiofrequency Radiation Site Safety Information Act (House Resolution 7236), would severely limit liability of telecom corporations for injury caused by exposure to radiation emitted by telecom equipment if the corporation complies with FCC-determined RFR emissions. Concerned citizens can urge their Congressmembers to vote NO on on HR 7236. Tell Congress that we need a moratorium on 5G deployment until we have scientific evidence of its safety. We need legislation that protects local authority, public health and our environment.

Some communities may have grants to install power lines, cables and fiber optics underground. If you access these grants, be sure that the fiber is delivered all the way to each building or home.

[9]. Alster, Norm, Captured Agency: How the Federal Communications Commission is Dominated by the Industries It Presumably Regulates, Safra Center for Ethics, Harvard University, 2015.

Is 5G Worth the Risks?
Local is Our Future

Katie Singer writes about the energy use, water use, extractions, toxic waste and greenhouse gases involved in manufacturing, operating and discarding the Internet, solar PVs, industrial wind systems and e-vehicles. Her most recent book is An Electronic Silent Spring. Wall Street International Magazine publishes her reports about technology's impacts on nature. www.OurWeb.tech