This blog is also available in Dutch, Greek, Italian, Russian and Spanish. 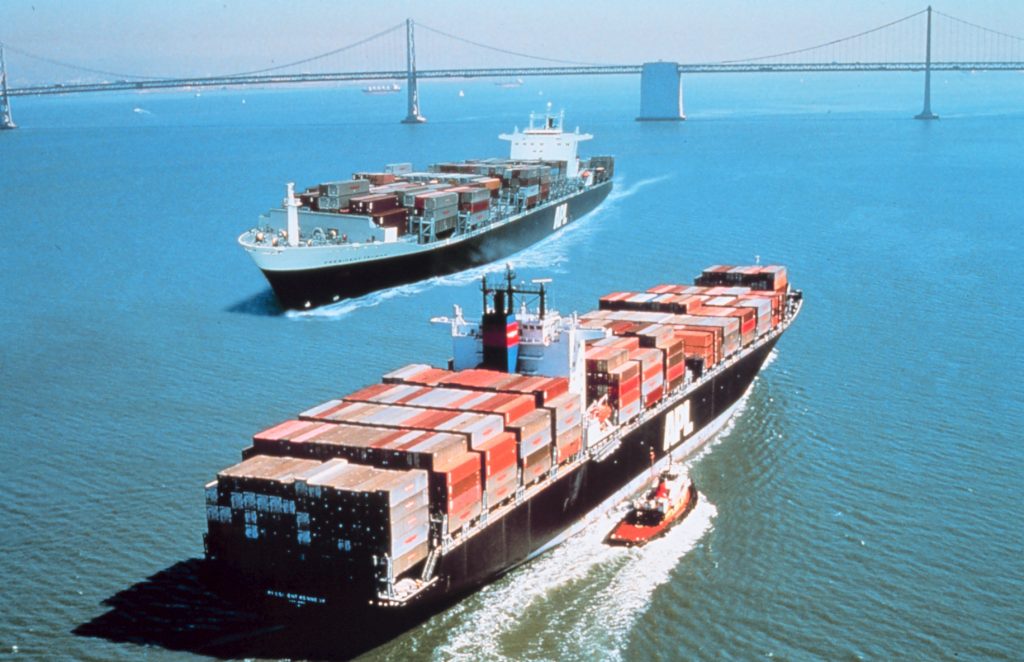 Imagine a world where food routinely gets shipped thousands of miles away to be processed, then shipped back to be sold right where it started. Imagine cows from Mexico being fed corn imported from the United States, then being exported to the United States for butchering, and the resulting meat being shipped back to Mexico, one last time, to be sold. Imagine a world in which, in most years since 2005, China has somehow managed to import more goods from itself than from the USA, one of its largest trading partners.

This may sound like the premise of some darkly comic, faintly dystopian film – albeit one geared towards policy wonks. But it’s no joke – in fact, it is the daily reality of the global economy.

The above examples are all instances of ‘re-importation’ – that is, countries shipping their own goods overseas only to ship them back again at a later stage in the production chain. And these are far from the only instances of this head-scratching phenomenon. In the waters off the coast of Norway, cod arrive every year after an impressive migratory journey, having swum thousands of miles around the Arctic Circle in search of spawning grounds. Yet this migration pales in comparison to the one the fish undertake after being caught: they’re sent to China to be fileted before returning to supermarkets in Scandinavia to be sold. This globalization of the seafood supply chain extends to the US as well; more than half of the seafood caught in Alaska is processed in China, and much of it gets sent right back to American grocery store shelves.

Compounding the insanity of re-importation is the equally baffling phenomenon of redundant trade. This is a common practice whereby countries both import and export huge quantities of identical products in a given year. To take a particularly striking example, in 2007, Britain imported 15,000 tons of chocolate-covered waffles, while exporting 14,000 tons. In 2017, the US both imported and exported nearly 1.5 million tons of beef, and nearly half a million tons of potatoes. In 2016, 213,000 tons of liquid milk arrived in the UK – a windfall, had not 545,000 tons of milk also left the UK over the course of that same year.

On the face of it, this kind of trade makes no economic sense. Why would it be worth the immense cost – in money as well as fuel – of sending perfectly good food abroad only to bring it right back again?

The answer lies in the way the global economy is structured. ‘Free trade’ agreements allow transnational corporations to access labor and resources almost anywhere, enabling them to take advantage of tax loopholes and national differences in labor and environmental standards. Meanwhile, direct and indirect subsidies for fossil fuels, on the order of $5 trillion per year worldwide, allow the costs of shipping to be largely borne by taxpayers and the environment instead of the businesses that actually engage in it. In combination, these structural forces lead to insane levels of international transport that serve no purpose other than boosting corporate profits.

The consequences of this bad behavior are already severe, and set to become worse in the coming decades. Small farmers, particularly in the global South, have seen their livelihoods undermined by influxes of cheap food from abroad; meanwhile, their climate-resilient agricultural practices are actively discouraged by the WTO and ‘free trade’ agreements. And food processing and packaging – both critical for food that’s going to be shipped a long way from where it was produced – account for a significant proportion of the global food system’s greenhouse gas emissions.

Food is not the only product that accrues unnecessary miles of shipping. The components of a typical smartphone, for example, have traveled a collective half-million miles – touching down on three continents – before landing in your pocket. This kind of excessive trade is why carbon emissions from international transport are growing nearly three times faster than emissions from other sources. At current rates of growth, international trade by sea and air will, by 2050, emit about as much CO2 as the entire European Union does today.

The link between liberalized trade policies and carbon emissions is clear and straightforward: A recent study from Japan’s Kyushu University found that when countries reduce or eliminate their tariffs – particularly on resource-intensive industries like mining and manufacturing – they see corresponding increases in the amount of carbon emissions associated with imported goods.

What this means is that if we’re going to effectively combat the climate crisis, we’ll have to pay attention to trade policy. Specifically, we’ll need to change it so that unrestricted, unlimited ‘free trade’ is no longer an option. But policymakers currently have little incentive to reduce international trade because, bizarrely, emissions from global trade do not appear in any nation’s carbon accounting. There are plenty of ways to fix this – for example, emissions from trade could be assigned to countries on the basis of where goods start out, where they end up, or where the ships and planes transporting them are registered. All that countries would have to do is agree on a standard. But at the moment no country is assigned responsibility for these floating emissions. The result is a situation in which policymakers promise to reduce carbon emissions while simultaneously working to expand global trade – even though these two goals are wholly incompatible.

If policymakers continue to drag their feet, the impetus for real change in the way we conduct global trade will have to come from peoples’ movements working together to make their voices heard. We must call for an end to the deregulatory ‘free trade’ and tax policies that make practices like re-importation and redundant trade profitable. One of the most critical steps towards sanity would be the removal of subsidies for fossil fuels. When taxpayers stop paying part of the cost of global transport, transnational corporations will have to radically reconsider the way they operate.

These changes will be vigorously opposed by big global businesses, which means that generating momentum for trade policies that promote community health and ecological stability won’t happen overnight. But the first step is raising awareness of trade as a climate issue, and overcoming the unwillingness of most major media outlets, politicians, and think-tanks to discuss it critically.

To that end, Local Futures has released a new factsheet and tongue-in-cheek short film on ‘insane trade’ and its consequences. We hope they can help draw attention to the absurdity of the current system, point to healthier alternatives, and make the issue of global trade approachable and understandable for a wide audience. So please, share them with people you know, and start a conversation around this critical topic.

For permission to repost this or other Local Futures blogs, please contact [email protected]

Growthism: its ecological, economic and ethical limits
The Farms of the Future

Sean Keller has worked for Local Futures as Media and Outreach Coordinator, and editor of the Local Bites podcast. He studied cultural and linguistic anthropology at Vassar College, and lives in upstate New York.