You are here: Home / Community / Community-oriented life at human scale 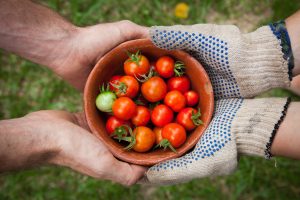 The documentary Ancient Futures: Learning from Ladakh (John Page, Chris Breemen, Helena Norberg-Hodge & Eric Walton, 1993) provides an excellent introduction to the local, human scale traditions in Ladakh, and how local communities have been affected by the industrialised notion of “progress”.

The observation that consumer culture as portrayed in advertisements and Western media appeals primarily to insecure teenagers is apt. I am tempted to qualify the observation from my autistic perspective: consumer culture is designed to target neuronormative teenagers, i.e. those for whom fitting in with their peer group comes naturally. If teenage boys were the first adopters of Western values in Ladakh, I wonder whether this may simply reflect that teenage girls had perhaps been given less opportunity to spend time in the city, and had therefore been less exposed to Western influence. From personal experience in multiple Western cultures I would suggest that autistic teenagers, irrespective of gender identity, are less susceptible to the addiction to consumer culture – simply because autistic teenagers don’t see the point of the competitive social games that consumerism depends on.

What I find delightful is the way in which the traditional culture in Ladakh is based entirely on trusted relationships at human scale instead of abstract group identities. The focus on trusted relationships mirrors the way in which autistic people collaborate and develop autistic culture – if given the opportunity. In the traditional culture in Ladakh, where every person is appreciated for their unique strengths and weaknesses, it would seem very unlikely for autistic people to be pathologised. In such a culture, autistic people would likely be appreciated for their ability to focus, their unique knowledge, and their ability to assist with solving unusual problems.

It is also fascinating and terribly sad to see a concrete example of how a Western-style education system systematically extinguishes precious knowledge about the local environment and about locally sustainable ways of living, all within a single generation. I see a direct connection between hypernormative Western education systems and the increasing levels of pathologisation of autists and other neurodivergent people in Western societies. I was lucky at school. I aced most of the academic parts, because I am not dyslexic and because I enjoyed abstract mathematics. But I learned so much more outside school in autodidactic mode, from books and from experimenting with various tools and materials. Neuronormative children who rely much more on social learning readily absorb the cultural diet they are fed, and if that diet is limited to the monoculture of industrialised consumer society, the effects are devastating.

The documentary reminds me a lot about what I saw as a small child in the early 1970s in Nigeria: pollution, slums, crime, and exponential population growth in Lagos, in stark contrast to traditional villages further afield, which were largely self-sufficient and very different from the Western way of life. In Nigeria “economic growth” and “progress” were fuelled by the interests of Big Oil. I also remember the way in which Western adults at the time talked about what they saw as “uneducated” people, and the way in which Western countries delivered “development aid” and “best practices” – establishing large cattle farms, drilling deeper water wells, etc. When it all failed, it was much easier to blame the locals than to admit to cultural bias, corporate greed, and lack of appreciation of local knowledge and wisdom.

The follow-up documentary from Local Futures, The Economics of Happiness (Helena Norberg-Hodge, Steven Gorelick and John Page, 2011) is about the toxic role of globalization. It was made shortly after the Global Financial Crisis, and is still valid today.

This documentary emphasises and illustrates the critical role of communities and trusted relationships at human scale. What makes it stand out is the holistic perspective on how collective well being and livelihoods have been affected by globalisation in the industrial era, and the many concrete examples of the direct effects of globalisation from local perspectives around the planet. In contrast, otherwise very good documentaries often have a narrow focus on a specific industry, or on climate change, or on ecological destruction.

Together I think both documentaries constitute a powerful tool for educating the world about the critical importance and the immense value of life at human scale, and about all the knowledge, wisdom and happiness we are losing by myopically focusing on the industrialised notion of economic growth, which still dominates the global economy.

We must not be fooled by simplistic multiple-bottom line approaches. As Daniel L. Everett points out, human cultures across the board are often remarkably similar in their values, but they tend to differ significantly in the relative ranking of what is perceived as valuable – and these differences in relative priorities lead to very different dynamics.

Only in a W.E.I.R.D. [Western, Educated, Industrialsed, Rich, Democratic] globalised world is money always the bottom line at the bottom of all bottom lines, where return on investment is not measured in trusted and mutually enjoyable relationships, but in purely monetary terms.

A discussion between Daniel Christian Wahl and Helena Norberg-Hodge on decentralising social power (21 June 2020) connects the themes of globalisation and (re)localisation to our present situation in 2021.

Both Daniel Christian Wahl and Helena Norberg-Hodge recognise that education and activism need to occur alongside work within local communities at human scale. To overcome the paradigmatic inertia that paralyses our industrialised monoculture, we need to fully expose the cultural and ideological bias of W.E.I.R.D. hypernormality, including all the unspoken social norms (the W.E.I.R.D. axioms) that are not encoded in any legislation but that are applied unquestioned on a daily basis.

It is quite concerning to see the neoliberal ideological bias perpetuated here in New Zealand, even 12 months into a global pandemic. Rising house prices are aggravating severe levels of inequality and are causing some level of debate, but politicians continue to shy away from taking measures that could reverse the trend. In Opotiki in the Bay of Plenty for example, the rental market is drying up, and the traditional local community is incrementally being destroyed by market forces. Healthy communities and human relationships have become externalities in the financialised economic game.

In my book The Beauty of Collaboration at Human Scale I offer thinking tools that may assist us to unW.E.I.R.D. some of the perverse institutions of Western culture and to develop new institutions that are attuned to human scale. The book highlights the invaluable role that marginalised minorities and neurodivergent people have always played in human cultural evolution, in particular in times of crisis.

For our journey into the future we need appropriate tools for addressing challenges and needs over different time horizons. Below is an overview of regional, local, and online community-oriented work that I am involved in. Please get in touch in case you would like to contribute to any of these communities or if you have questions regarding any of these resources.

Local and regional communities and mid-range tools for healthier lives

Progress and the modernization of Ladakh
Young farmers in Ladakh: the future of our food

Jorn Bettin is an autistic anthropologist by birth and a knowledge archaeologist by autodidactic training. He is the author of The Beauty of Collaboration at Human Scale, and is part of Autistic Collaboration – a mutual support hub for neurodivergent individuals and ventures.