You are here: Home / Consumerism / Cities and Green Orthodoxy 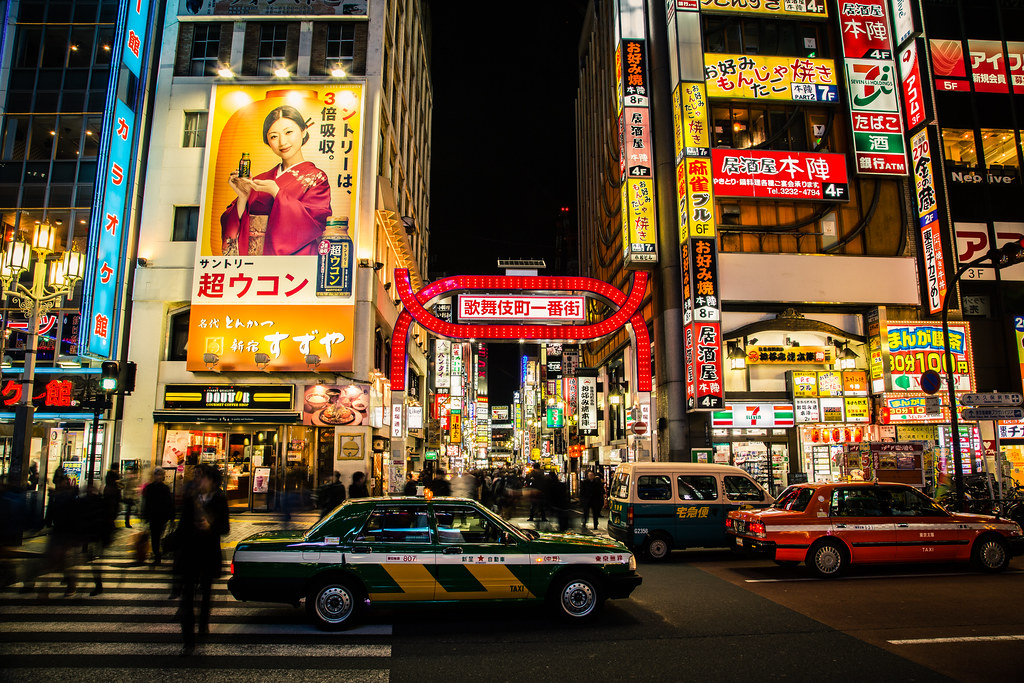 As the world has urbanized rapidly since 1950, per capita carbon footprint has declined, and so has carbon intensity in economic output, defined as the amount of energy used to produce a unit of economic growth.  But gross material throughputs and greenhouse gas production during this same period skyrocketed.  Global natural capital – fisheries, topsoil, freshwater supply, etc. –  has plummeted. This is because, as we pack into cities, we are consuming more materials as measured by absolute volume. The totality of the chopping up of mother earth into little bloody pieces has become more intense, not less.

These facts would appear to undermine one of the central tenets of green orthodoxy: that urbanization always leads to sustainability.

The first is that, though they are already metastatically overgrown, cities seek always to grow more. There is not a city on earth that has for official policy a ceiling on population, no city that has said, We shall have only so many people. Lewis Mumford in The City in History described this as patholopolis, the city as cancer.

The second is that, from an ecological vantage, cities produce nothing of value. “In ecological terms,” writes William Rees, a population ecologist at the University of British Columbia and the originator of the ecological footprint concept, “the city is a node of pure consumption existing parasitically on an extensive resource base.”  (By contrast with the modern city – to take one example of difference – the medieval city produced night-soils that fed nutrients back into the surrounding agricultural land-base; the modern city removes its feces from ecological cycling, and reduces it to “treated sewage.”)

Under the 2nd law of thermodynamics cities are dissipative structures, open systems that can maintain themselves and grow only by consuming and degrading available energy/matter extracted from their host environments (ecosystems) and by ‘dissipating’ the resultant waste back into their environments. In short, cities maintain their internal ‘order’ (negentropy) at the expense of increasing the external ‘disorder’ (entropy) of the ecosphere.  Seen this way, the city is a node of intense energy and material consumption and waste generation dependent on a complementary, vastly larger area of productive ecosystem that lies mostly outside the city. The city’s de facto ecological footprint is typically several hundred times larger than its geographic area.

The third commonality is that cities promote and make possible affluence.  Cities are the places we go to make more money, buy more goods, live with a heavier material-wealth footprint.

Linger a moment on point #3.  Literally every urban planner I’ve interviewed has issued the same remonstrance about the affluent society: no city can be sustainable, they say, if its inhabitants enjoy unfettered consumerism.  Gary Gardner, a senior researcher at Worldwatch, says that outsize consumption of goods, the driver of the global economy, will always push the urban ecological footprint beyond what’s sustainable.

The city of the future, counsels Gardner, must take shape not only with technological innovations in efficient infrastructure but with a radical change of mindset.  In the futurological city, “gone is the excess, the wasteful use of so much,” he writes in the introduction to his book Can a City be Sustainable?  “In its place is resource stewardship and a deep appreciation for civic resources of all kinds. Gone is frivolous and thoughtless purchasing. In its place is a restraining ethic characterized by the question, ‘Will this make my life better?’”

Gardner’s idea is that in the developed North we will embrace austerity – become relatively poorer – and the rising consumer class in the global South will enjoy only a small taste of the promise of material riches.

A quixotic vision – bordering, I think, on the delusional.  What Gardner and other sustainability urbanists promulgate, of course, is the end of global capitalism as we know it.  Fat chance without a global revolt against elites.

Meanwhile the available data shows the historic pattern of cities as centers of affluence to be unchanged: you move to the city, your material-wealth footprint rises.

In a 2011 study entitled “A Carbon Consumption Comparison of Rural and Urban Lifestyles”, Jukka Heinonen, then a professor of engineering at Aaalto University in Finland, theorized that if cities “accommodate more consumption-intensive lifestyles, the possible advantage of high density … might be easily lost in comprehensive carbon emission calculations.”

Heinonen set out to do the comprehensive calculations for Finns.  He looked at heat and electricity consumption, building design and maintenance, private driving and public transit, consumer and leisure goods purchases, leisure services, travel abroad, and health services, among other factors.

The results, he wrote, were “unconventional” and appeared to fly against “prevailing belief.”  Total carbon consumption of a rural dweller in Finland was 9.0 tons of carbon dioxide equivalents.  In the most urbanized part of the country, Helsinki, it was 12.5 tons.  Heinonen suggested that his data could be extrapolated generally to the developed world to show that when people move to cities, the energy savings of density, shared infrastructure, public transit, auto-free streets etc. may be negated by the rise in affluence.

William Rees, in his studies of cities as dissipative structures, has calculated the ecological footprint of the metropolises of the developed world.  He finds, for example, that Tokyo, parasitically feeding on resources from multiple continents, has an eco-footprint roughly 344 times larger than its metro region.  “What would Tokyo do,” he asks, “if cut off from its global supportive hinterland?” (What would it do, that hideous city of frantic light?)

In China, it is now the official policy of the government to effectively increase the eco-footprint of its cities, with the chief purpose of the country’s breakneck urban development to stimulate domestic consumption.

By 2020 the country will have 60 percent of its people living in cities, up from 53.7 percent now. What’s the ultimate aim of creating a much more urban country? Simply put, all those new, more free-spending urbanites are expected to help drive a more vibrant economy, helping wean China off its present reliance on unsustainable investment-heavy growth. “Domestic demand is the fundamental impetus for China’s development, and the greatest potential for expanding domestic demand lies in urbanization,” the plan says.

Demand for the greenhouse-gas intensive products of animal agriculture will also increase with the new tastes of the urban consumer.  “The rising demand for meat in developing countries,” says the UN-FAO, “is mainly a consequence of the fast progression of urbanization and the tendency among city dwellers to spend more on food than the lower income earning rural population.”  While animal agriculture has been identified as the most wasteful, carbon-intensive, environmentally destructive mode of food production – in other words the least sustainable – it is now poised to skyrocket with developing-world urban migration.

Look to investment banking institutions for a cold-eyed assessment of the profits to be made from the affluenza spreading in the new cities. The Mirae Asset Financial Group, which manages $83 billion in assets, identifies urbanization for the investor class to make a killing from massive increases in consumer spending expected in China and India.  “Mirae Asset sees urbanization within emerging markets as one of the most important drivers of consumption growth,” says the report. “With greater job prospects and higher wages, the rural farmer becomes the new middle class consumer.”

All the trends suggest the 21st century city, far from being sustainable, will remain locked in the global capitalist system with its imperative of expansion and its belief that consumer excess is at the center of economies. The city is an expression of this dominant ideology, an ideology that at its heart refuses to recognize any biophysical constraints to economic output.

In other words, we are not driving headlong toward a sustainable world order with growing urbanization. We are merely continuing business-as-usual, toward civilizational suicide. Short-term profits, however, are waiting to be made, and they will be called green.

Christopher Ketcham’s most recent book is This Land: How Cowboys, Capitalism, and Corruption are Ruining the American West.  This post originally appeared in CounterPunch.

Christopher Ketcham has written for Harper's, Vanity Fair, GQ, Details, the Nation, Salon, Orion, Mother Jones, National Geographic, and many other publications. His most recent book is This Land: How Cowboys, Capitalism, and Corruption are Ruining the American West.

Loading Comments...
We use cookies to ensure that we give you the best experience on our website. If you continue to use this site we will assume that you are happy with it.Ok