You are here: Home / Archives for india 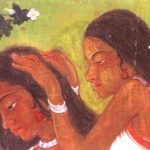 When the East India Company set up in India, the commodities they originally traded included hundreds of unique artifacts made in India, including textiles whose quality has never been surpassed. As the EIC set up a subsidiary called the Government of India for collecting revenue to send back to London, the aim gradually shifted to […]