You are here: Home / Archives for globalization 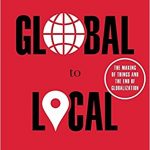 You should never judge a book by its cover. Nor, I now know, by its title. From Global to Local: the Making of Things and the End of Globalization seemed to say it all. Here at last was a significant figure – an academic from Cambridge University, no less – talking the language of economic […] 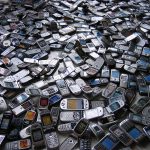 A friend of mine from India tells a story about driving an old Volkswagen beetle from California to Virginia during his first year in the United States. In a freak ice storm in Texas he skidded off the road, leaving his car with a cracked windshield and badly dented doors and fenders. When he reached […] 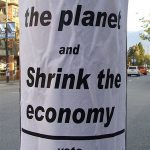 The notion of economic growth as a regular, ongoing, self-sustained process no longer holds up to critical analysis. Even during what’s been called “The Glorious Thirty” – the years between the end of World War II and the 1974 oil crisis – growth occurred almost solely in industrialized countries and involved a minority of the […] 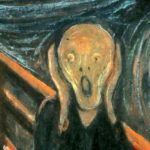 While we mourn the tragedy that fear, prejudice and ignorance “trumped” in the US Presidential election, now is the time to go deeper and broader with our work. There is a growing recognition that the scary situation we find ourselves in today has deep roots. To better understand what happened—and why—we need to broaden our […] 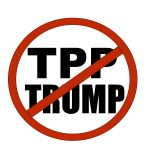 Trump is a catastrophe, but so was the TPP. Since Donald Trump was elected President of the United States, I’ve found myself talking for the first time with a lot of my 20-something friends about trade agreements. My friends didn’t vote for Donald Trump. Most are from “liberal” parts of the US. They went to […] 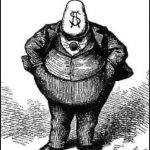 While misogyny, racism, and ethnic taunts were conspicuous signposts on Donald Trump’s path to the White House, much of that road was paved with “populist”, “anti-establishment” and “anti-globalization” rhetoric. Trump’s inaugural address featured numerous populist lines (e.g. “What truly matters is not which party controls our government, but whether our government is controlled by the […] 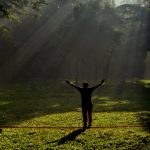 I recall a Buddhist parable involving a stick that appears from a distance to be a snake, causing fear to rise in the perceiver. As the perception shifts upon closer examination, the fear subsides and the relieved hiker continues down the path. Understanding and awareness have a lot to do with how we feel and […] 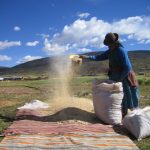 In 2015, a major study of 24 indicators of human activity and environmental decline titled ‘The Great Acceleration’ concluded that, “The last 60 years have without doubt seen the most profound transformation of the human relationship with the natural world in the history of humankind”.[1] We have all seen aspects of these trends, but to […] 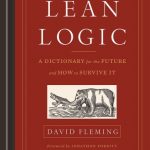 What follows are some excerpts from the late David Fleming’s  Lean Logic: A Dictionary for the Future and How to Survive It (Chelsea Green Publishing, 2016).  The excerpts have been chosen by the book’s editor, Shaun Chamberlin. Extensive references are given in the dictionary itself, but are omitted here.   Localisation.  Localisation stands, at best, […] 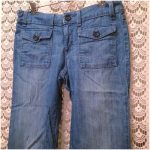 (This article originally appeared on Truthout.org.) During a panel discussion this May on Community Choice Energy, a rapidly growing initiative in California and six other states that enables communities to seize control of local electricity services, I argued for the economic benefits of building out local, decentralized renewable energy assets such as rooftop and community […]