You are here: Home / Archives for ethics 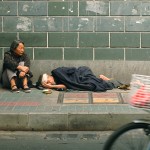 By Steven Gorelick Ever since the Occupy movement coined the terms “the 1%” and “the 99%” to point out disparities of wealth and power, the gap between rich and poor has received a lot of attention. In his highly-regarded 2014 book, Capital in the Twenty-first Century, for example, Thomas Piketty’s central thesis is that wealth […]