You are here: Home / Archives for Economics of Happiness

The year 2008 was a momentous one. The ‘anniversary’ headlines are of course all about the financial crash. As Nick Mathiason in The Guardian put it at the time: “It was the year the neo-liberal economic orthodoxy that ran the world for 30 years suffered a heart attack of epic proportions.” While the global establishment […] 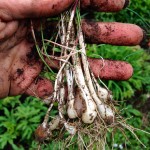 It’s no secret that there’s a divide between the global North and South. Most people know about the huge wealth gap between the industrialized and so-called “developing” worlds, and that rates of pollution, resource use, greenhouse gas emissions – and much more – vary widely between them. But there’s another gap, one that’s rarely discussed […] 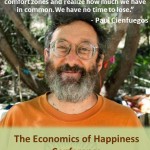 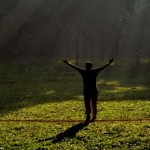 “It is no measure of health to be well adjusted to a sick society.”                          – Jiddu Krishnamurti I have a secret that I usually keep locked up inside of myself, hidden from even those who know me well: I suffer from depression. At times it is a deep, bottomless depression, an intense loneliness, serious end-of-the-world-thoughts […] 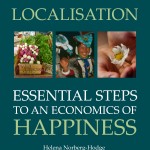 This piece is excerpted from Localization: Essential Steps to an Economics of Happiness, a new publication from Local Futures.   Despite the countless grassroots projects already under way, the global economic juggernaut can seem too powerful to stop. But because more and more of us are becoming aware of how disastrous the global economy is […] 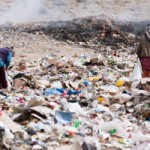 “The Future is Fast. We are Faster.” This ubiquitous billboard for a tech company neatly captures the zeitgeist in modern-day Bangalore, and rapidly-urbanizing India generally. Today, Bangalore’s erstwhile appellation as India‘s ‘garden city’ seems sadly anachronistic. To arrive at the Visthar Academy of Justice and Peace Studies on the outskirts of Bangalore – where we […]

Hopes were high as our leaders gathered in Durban late last year.  But another round of prevarication, indecision, postponement and finally outright refusal to meet carbon targets has certainly left those of us concerned about climate change feeling very discouraged.  Yet not surprised.  Since the very first attempts at addressing carbon emissions, our governments have […]