You are here: Home / Archives for democracy

What an astonishing slap in humanity’s face, this coronavirus. But the silver lining is that it is also a rude wake up call. I say ‘silver lining’, for at the centre of this is a massive humanitarian crisis of illnesses and deaths –  and for working classes who cannot switch to ‘online’ work, whose workplaces are shut and who unlike their bosses do not have wealth to fall back on. The COVID-19 pandemic has generated historically unprecedented global action, partly because it has hit the rich and … END_OF_DOCUMENT_TOKEN_TO_BE_REPLACED 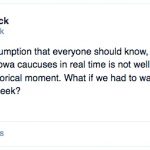 The Iowa caucus affair last night was a masterclass in hyperreality. The relevant facts are as follows. It was the long-anticipated kickoff to the primary season in an ever-expanding election cycle that now seems more or less co-terminous with the president’s four-year term. Iowa has an outsized place in this process, as it traditionally holds the first-in-the-nation caucus. Last night, under intense media scrutiny and pressure for immediate results, a complex system buckled, a new app made … END_OF_DOCUMENT_TOKEN_TO_BE_REPLACED 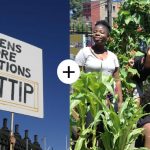 A recent discussion forum among the members of The Great Transition Network focused on “The Promise and Pitfalls of Localism.” My friend and colleague Brian Tokar started the discussion by noting that even though there is a resurgence of progressive action at the local level, “reactionary nationalist movements in Europe and beyond seek to position themselves as the true voices of a renewed localism.” Both parts of Brian’s observation are correct. But the fact that the language of localism is … END_OF_DOCUMENT_TOKEN_TO_BE_REPLACED 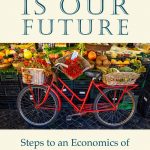 [The following is an excerpt from the first chapter of Local is Our Future: Steps to an Economics of Happiness, a new book by Helena Norberg-Hodge, published by Local Futures in July 2019.] For our species to have a future, it must be local. The good news is that the path to such a future is already being forged. Away from the screens of the mainstream media, the crude ‘bigger is better’ narrative that has dominated economic thinking for centuries is being challenged by a much gentler, … END_OF_DOCUMENT_TOKEN_TO_BE_REPLACED 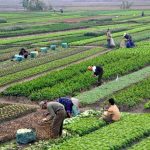 I recently had the opportunity to interview Masahiko Yamada, formerly Japan´s Minister of Agriculture and now one of the country´s foremost food sovereignty activists. We met at an international Economics of Happiness Conference in Prato, Italy, where Yamada delivered a keynote speech about the birth of a new citizens’ movement to protect Japan´s food-crop heritage from corporate take-over. Keen to learn more, I ask Yamada for an interview before he departs Italy. With only an hour to spare, … END_OF_DOCUMENT_TOKEN_TO_BE_REPLACED 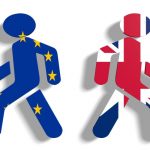 Ever since the Brexit referendum was first announced, we have been bombarded by an array of starkly contradictory pronouncements – from the Leave camp’s now infamous claim that withdrawal from the EU would release £350 million a week for the NHS to the former Chancellor George Osborne’s assertion that Brexit would leave the UK “permanently poorer”. At first glance, the two sides seem to have almost nothing in common; these are polar opposites. Dig beneath the surface, however, and a fundamental … END_OF_DOCUMENT_TOKEN_TO_BE_REPLACED 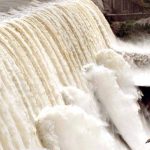 In 1922, Rabindranath Tagore published one of his most important works, the play Mukta-Dhara. The story, rich in symbolism, is a simple yet powerful one. A child of mysterious birth is found abandoned by a mountain waterfall. He is adopted by the royal family and raised as the crown-prince, Abhijit. As he turns into a young man, Abhijit continues to feel close to the falls. He eventually learns that he is not a prince by birth. He discovers a spiritual kinship with the falls. He goes and … END_OF_DOCUMENT_TOKEN_TO_BE_REPLACED 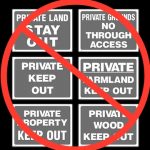 I am always trying to figure out how to explain the idea of the commons to newcomers who find it hard to grasp.  Here is a fairly short overview, which I think gets to the nub of things. The commons is…. A social system for the long-term stewardship of resources that preserves shared values and community identity. A self-organized system by which communities manage resources (both depletable and and replenishable) with minimal or no reliance on the Market or State. The … END_OF_DOCUMENT_TOKEN_TO_BE_REPLACED 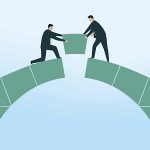 I live in one of those old towns that was not built for cars. Its Main Street is narrow, hedged in with historic stone houses and walls. As commuter traffic has intensified over the past several years, it’s become increasingly dangerous to walk along Main Street. The mayor of my tiny Virginia town has worked incessantly to fix this, by fostering walkability and traffic-calming measures since he ran for town council in the 1990s. I’m determined to help him: I want to walk with my daughter to … END_OF_DOCUMENT_TOKEN_TO_BE_REPLACED 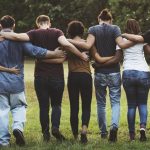 For those who care about peace, equality and the future of the planet, the global political swing to the right over the past few years is deeply worrying. It has us asking ourselves, how did this happen? How did populism turn into such a divisive and destructive force? How did authoritarianism take over the political scene once again? From my 40 years of experience working in both industrialized and land-based cultures, I believe the primary reason is globalization. When I say globalization, … END_OF_DOCUMENT_TOKEN_TO_BE_REPLACED