You are here: Home / Food and Farming / Big farms don’t feed the world 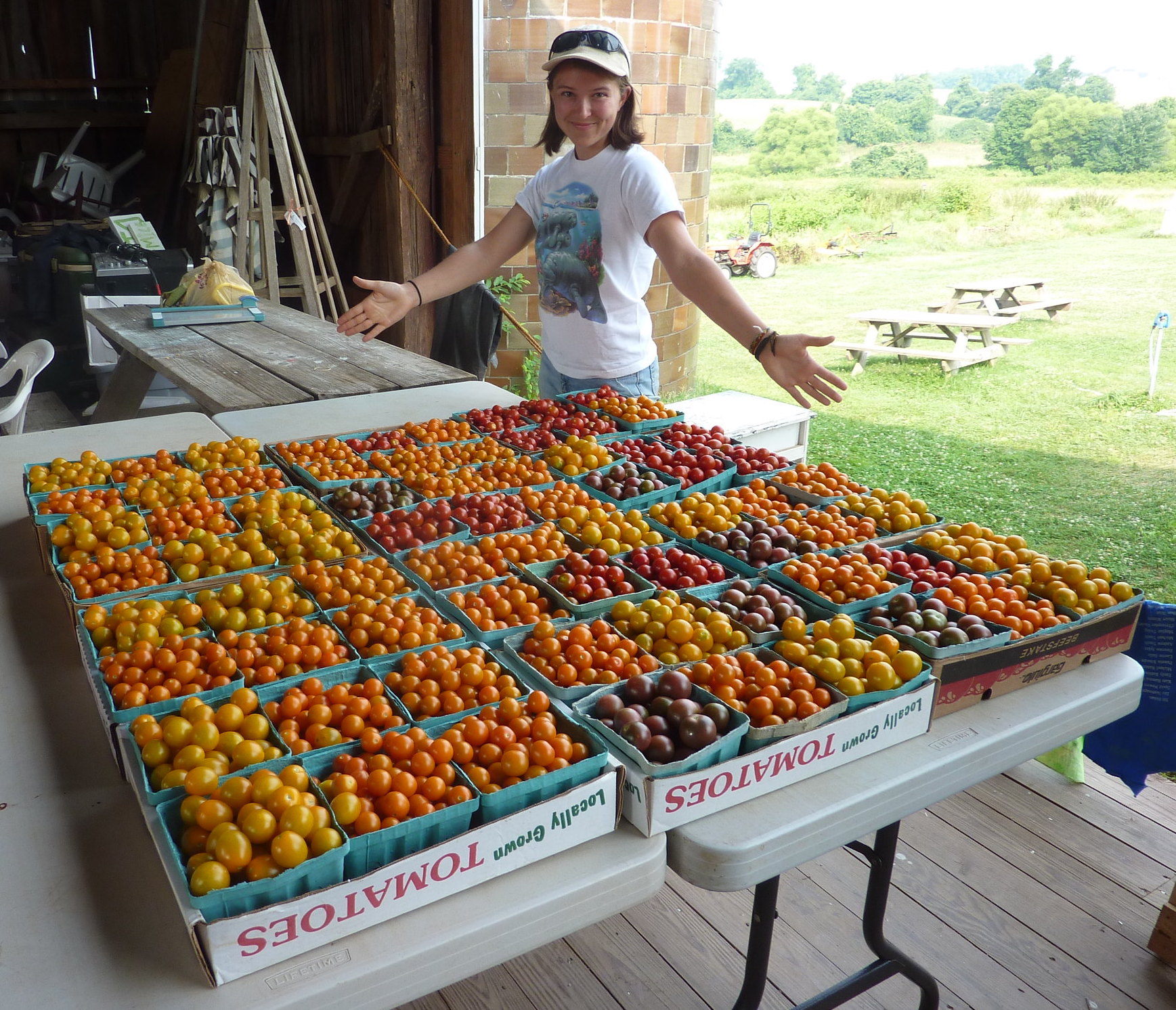 A controversy has erupted over who feeds the world. It has been general accepted knowledge that small-scale farmers, fisherfolk and pastoralists feed the vast majority of the people on earth. This was recognized by the UN Food and Agriculture Organization (FAO) and many other international agencies. But now the FAO has come up with a report claiming that small farmers feed only a third of the world’s population. A group of NGOs, including GRAIN, sent a letter to FAO questioning that conclusion pointing to the numerous omissions and false assumptions that their report contains, and maintaining that small food producers continue to feed the world.

If it were true that small food producers only feed a third of the population, then that means that big farms feed the other two-thirds. The argument used to sustain this assumption is that big farms are more productive and efficient than small farms. This is highly questionable. Numerous studies have shown that small farms are not only more productive per hectare of land, but that they also protect biodiversity better, produce more diverse and more nutritious food, create more jobs and keep more people on the land.

But apart from the productivity debate there is another question that often goes under the radar: what do big farms really produce? Big farms produce agricultural commodities, often for international markets. They focus on products from which they can get the best profits. These include plantation crops that people don’t eat (cotton, rubber), crops used for animal feed and industrial biofuels (maize, soybeans), or crops that provide ingredients for highly processed and unhealthy foods such as palm oil, soy and sugar. None of these result in nutritious food.

An interesting report by Emily Cassidy and her colleagues at the University of Minnesota’s Institute on the Environment looked at what crops are used for. They conclude that, globally, only 55% of crop calories feed people directly, 36% go to feed livestock and 9% are used to produce biofuels. In the US, where large industrial farms dominate the scene, the situation is much worse: only 27% of crop calories feed people directly and 67% feed livestock. Some 40% of the US’ biggest crop, maize, is for biofuels to run cars, and most of its second biggest crop, soybean, is fed to animals.

By contrast in India, where the farm and food provisioning sector is dominated by small producers, almost 90% of the crop calories produced go directly to feeding people.

One could argue that calories fed to livestock are also a contribution to the human diet as we end up eating meat and dairy. But meat and dairy are an extremely inefficient way of producing food. It takes about 100 calories of grain to produce just 12 calories of chicken or 3 calories worth of beef, for instance. In any case, looking at calories is a problematic way to measure food productivity. As we all know, the amount of calories doesn’t necessarily equal the amount of healthy food. For many people it is the opposite.

Cassidy’s paper comes with an interesting proposal: rather then measuring yields in tons per hectare, we should be looking at people nourished per hectare. She and her colleagues did the calculations and conclude that the highly ‘productive’ US farms feed 5.4 persons per hectare – roughly the same as India (5.6 persons) and far less than China (8.4 persons) 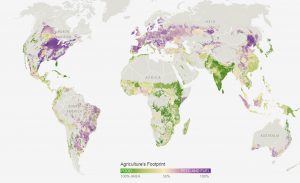 The food vs feed/biofuel divide has clear size and geographical biases. As a map for National Geographic shows (above), most crops for animal feed and biofuels are produced in areas where big farms dominate: the US, Europe and some of the big ag exporting countries of Latin America. Most crops produced for food are in Africa, India, parts of Southeast Asia, and the lower income countries of Latin America – all dominated by small farms.

The conclusion is clear: big farms don’t feed the world. They feed the pockets of investors and commodity traders, they feed cars and cows, and they feed the highly processed and junk food industries.

The world’s food systems are in crisis: big agribusiness is to blame
The Radical Roots of Community Supported Agriculture