You are here: Home / Archives for Julia Adeney Thomas

Julia Adeney Thomas is an associate professor in the Department of History at the University of Notre Dame, USA. She has written extensively on issues of nature, politics, and the environment. Currently, with geologists Jan Zalasiewicz and Mark Williams of the Anthropocene Working Group, she is completing "The Anthropocene" for Polity Press. 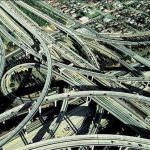 “Anthropocene” is a widely proposed name for the geological epoch that covers human impact on our planet. But it is not synonymous with “climate change,” nor can it covered by “environmental problems.” Bigger and more shocking, the Anthropocene encapsulates the evidence that human pressures became so profound around the middle of the 20th century that […]